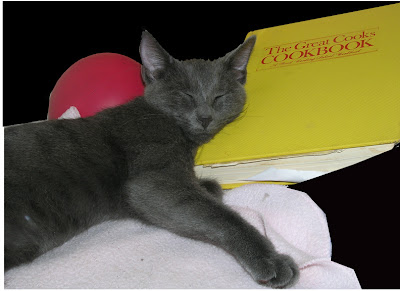 I wanted to share a post on books that I recommend. There are many terrific books on markets and trading.  However,  I recommend these books because I still remember their profound impact on my development as a student of the market–being a student of the market is always the base from which I write. These books provide the context in which everything else I read gets processed.

Long term Slopers have seen me recommend and/or quote from these over the years.  My hope, too, is that this post will engender some discussion from the Slope community to proffer their own suggestions for books that have shaped their development as a market participant.

Importantly, books are like people: some settle better with our personalities than others.  Accordingly, your mileage (enjoyment) might vary from mine.

(Side note: I read Weinstein long before
I discovered Mamis. And in reading Mamis, I was struck that Weinstein's
book spoke about similar principles. I later learned that Weinstein
became the editor of Mamis's The Professional Tape Reader. For fans of
Helen Meisler, she was mentioned in the forward to one of Mamis's
books. He was her mentor–"the very best mentor one could have.")

I'm now going to add a fourth book to the the trio above:

I particularly
recommend these older books to people prone to thinking about the
market as something rigged against them by ranting against the
proverbial "They". Both McNeel and Selden's books address this sinister
"They". Both authors opine, and I paraphrase, that it is the hobgoblin
of minds that do not understand the speculative process. I believe them
to be correct.

Best to free our minds of such shadows. The greatest force that prevents our being successful in the market is ourselves.

I'll leave you with a fitting phrase from Selden:

(The photo is of Minnah.)

The majority see inflation as rising prices, primarily in the necessary
things we need to survive and/or live a functional life. The minority –
schooled in Austrian economics – see inflation for what it really is,
an increase in money supplies relative to 'things' that money would buy.

Some
people read this blog,
sense a negative tone and automatically think 'another perma-bear'. But
that is not the case. I am bearish on the system yes, but not on nominal prices of many assets.
How can I be when I am what some would call an 'inflationist', meaning I
believe inflation is a systematic and willful tide designed to lift as
many boats as possible with some boats rising much more than others.
Hence my strong bull status with regard to the precious metals markets,
and in the most intense phases of the great and ongoing inflation
regime, commodities, resources and other areas vital to modern life.

Then
there is the stock market. Under-performer that it is, the market
defied those with a net bearish stance from 2003-2007 and it was all due
to the need for newly created money and credit to go somewhere. The
conventional financial services industry generally offers its clients a
choice; stocks and bonds. Hence, a huge portion of new money was
allocated to conventional stocks. As most precious metals and commodity
traders know however, the highest percentage of funds go to those
assets that stand to benefit the most by inflation born of policy.

The
bull market out of Armageddon '08, which NFTRH originally
projected to be nothing more than a powerful rally to reset
unsustainably negative sentiment, has dragged on much longer than
anticipated. But I want to quote NFTRH13 (dated 12/27/08) for
perspective:

"At this point, my
personal plan holds that a bear market rally is beginning as the
markets grind out a bottom. The rough
target for the S&P500 is in the 1200 area. The plan holds
that the gold miners have begun a new bull market; one that may
eventually make heads spin."

Specifically, what interests
me is that I could so coldly target 1200 on the SPX and then allow
ongoing noise to interfere with such a nice, clean and early projection.
Such are markets, and such are human beings. We all should take every
day as an opportunity to learn. For the record, NFTRH is and has
been carrying forward two primary scenarios, one of which calls for a
significant decline to major support well above the 2009 lows, before
new highs for the cycle above 1200.

The current chart shows the
situation. We have been watching a 'bull trigger' point on the SPX for
many many months now in NFTRH. The broad
market continues to hold above this point. MACD is above zero and the
slower TRIX smooths things out and provides a clear picture of a
cyclical bull market.

Yet still, I must caution that risk is very
high right now (on a risk vs. reward basis) even as money creation
(inflation) continues to float this boat. The above excerpt was written
when I was bullish and every contrary bone in my body was saying "FADE
THE FEAR". Things are wildly different now and the down-triggered TRIX
argues a correction (within a cyclical bull) can come at any time.

But
in an age of inflation by policy, a net bearish case is iffy at best.
We are not going to experience a genuine deflation and now, with the
t-bond threatening to break down, for the first time in decades there is
a viable chance that inflation is going to break down the barn door in
what would be a return to the casino mentality that drove the 2003-2007
cycle.

So yes, a correction can come at any time, as we await
sentiment readings that should once again come in line with the very
bearish levels that registered in January. Pending this correction
however, it will be wise to set up for investment in the areas that
usually benefit from too much manufactured money, devoid of productive
origins, and seeks its way into assets. In other words, the next inflation problem is likely to
be a whopper.