Trading has looked weak overnight and I'm wondering whether ES will break support and open the way to a significant retracement today. The support trendline on the rising channel that I posted the other day has been tested repeatedly over the last two hours: 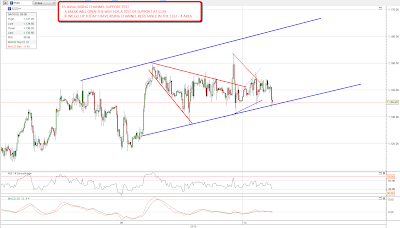 We're also seeing some retracement on EURUSD since it bounced off 1.38 on Friday. I'm seeing rising support on EURUSD at 1.363 and it is at 1.368 at the time of writing:

Oil went a little higher than the 81.5 I suggested the other day, but has found resistance just under 82. Oil has retraced slightly over a buck since and if we're to see a sharp pullback I'm seeing rising support in the 74.5 area: 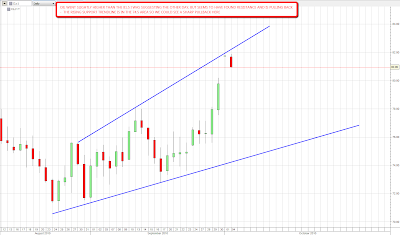 The Gann guys are looking at today as a potentially significant reversal date because it is at 90 degrees (3 months) since the July 4th pivot low. We could see some retracement here. While I can't see any sign of a significant low on USD here, I find it hard to see EURUSD continue the current steep trajectory up towards my next target in the mid-1.40s without another significant retracement on the way. ES is equally struggling to get past 1150 resistance and this is an obvious level to retrace if it can break immediate support.

Chode_SPX showed me a very interesting chart yesterday and I thought that I should share it with everyone today. It is a double chart of SPX and the Australian SPAS200. The chart is interesting because it shows the Aussie index making a significant high a few days before the SPX tops in January and April. It topped a week or so ago and has pulled back since. What I would say with both this chart and the possible Gann reversal date is that both would suggest a spike up to test SPX resistance again today before the reversal.  Definitely interesting though: 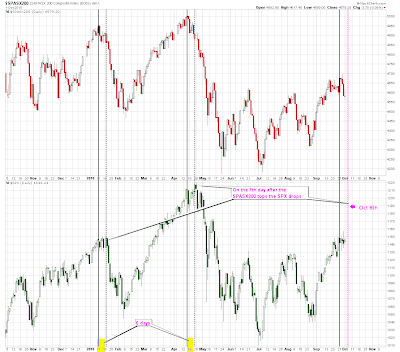 I was playing around with some four year index charts after the weekend after I saw a chart posted showing the SPX in an unbroken rising channel from the March 2009 low. I found that too, as well as similar channels on other indices. I thought I'd post the Nasdaq chart today as the chart makes two points worth noting. The first is the degree to which the Nasdaq has led this latest move up. We're still close to the neckline on the SPX IHS, but the Nasdaq is already halfway to the IHS target and within striking distance of the April high.

The second point to make is that on the Nasdaq, another move up as strong as September's move would take the index above the 2007 bull market high. That is something to think about. We're a long way short of seeing that on SPX and Dow, but they've lagged other indices by a long way. On emerging markets and commodities there's little doubt that we're seeing powerful bull markets, and with the Nasdaq having doubled since the November 2008 low, there's not much doubt that we're seeing that on the Nasdaq too. Thought for the day: 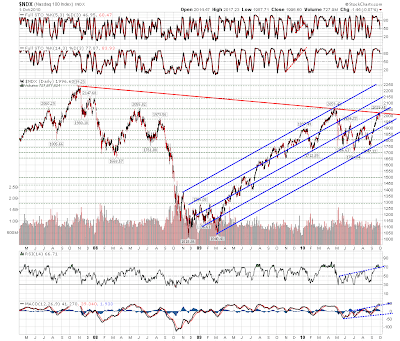