All of these numbers came where? On the move down to symmetry support and we noted the levels ahead of time and none of the markets have closed below the support numbers. In fact, we had a 800 point bounce from the support levels.

We are not saying that the low holds 100% because who really knows for sure but there is a calculation here that we went over so you can do with it what you want. Going back on every major turning point there has been both time and price relevance.

Some people believe and some do not and we are not here to try to convince anyone of anything but we hope you can find some value along the way and apply it to your trading.

PS. We do have short term resistance from the last high on the 60 minute chart in both time and price as well but it is only 40% so it is not that great but it could get us back down to the 11,000.

Interesting strength in silver tonight, and the charts are looking constructive, as well.  My suggestion is to take a back ratio call spread for September on SLV and buy the breakout on SLW. 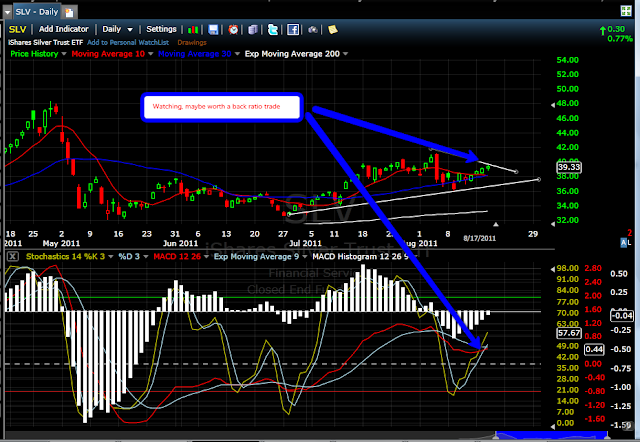 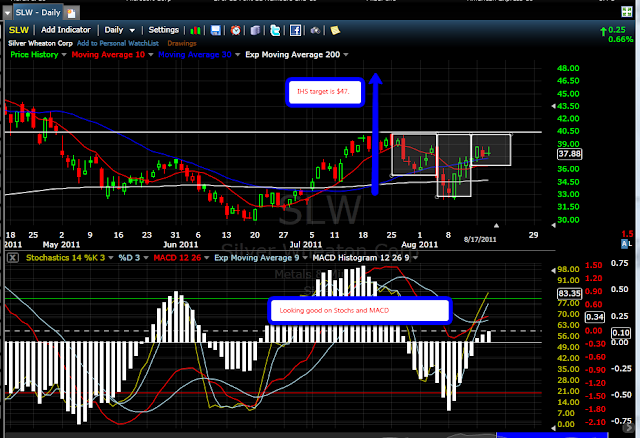 I recognize English isn't the easiest of languages. Because of its heritage, English has many quirks and ungainly rules, and I'm sure I make plenty of grammatical mistakes in the course of my life.

However, if English is your first language (and, if so, it's almost certainly your only language), it shouldn't be that hard to know how to spell some commonly-used words. In addition, it shouldn't be that hard to understand that some words have homonyms, and knowing the spelling and definition of these will prove to others you are an educated, capable member of our society.

+ their/there/they're – their is a possessive pronoun ("The paper I am holding provides their positive STD results.") There is most commonly related to placement ("I put my used tissues right over there.") they're is a contraction for "they are" ("They're morons, because they don't visit Slope on a daily basis).

+ it's/its – I'm really not sure how often I have to repeat this to make it known, but the first word is a contraction ("It's a shame Tim has to keep reminding some people of what they should have learned in the third grade.") while the second is a possessive pronoun ("That house is in such sorry shape that its shingles are blowing off in the breeze.")

+ loose/lose – Gosh, these aren't even homonyms, yet people get them confused. "Loose" is a condition of non-tightness (AJC leaps to mind). "Lose" is the opposite of "win". Think Charlie Sheen.

There are many others, but this is a good start. Watch yourself in the comments section; you don't want people to pile on you for stumbling over any of these fundamentals.

Well, on a day when the Dow Industrials went up four whole points (which is four hundredths of a single percent), let's just say there's not exactly a lot to talk about. Some contrast to last week, eh?

Tomorrow morning has a lot of news coming out, so maybe that'll jostle things a bit.