Below are 3 Daily chartgrids of the following (first I'll show a series of charts, then provide some general comments and a summation at the end of this post): 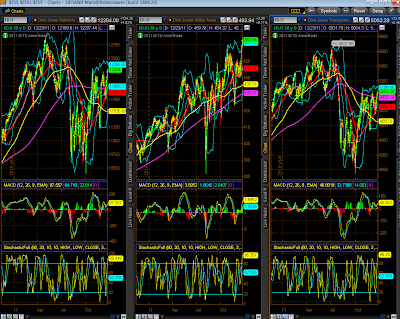 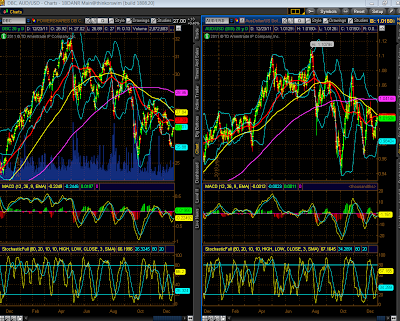 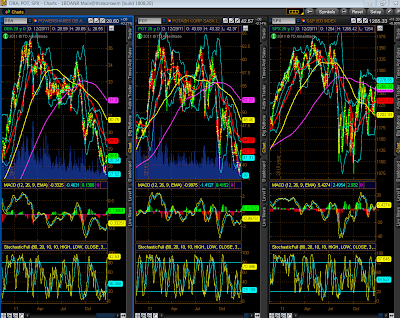 Below are a series of percentage comparison charts of these instruments on varying timeframes: 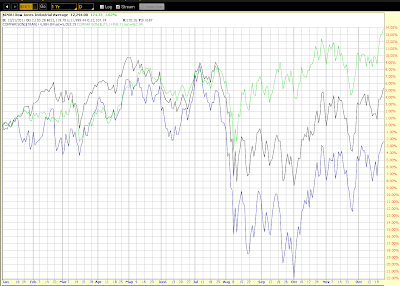 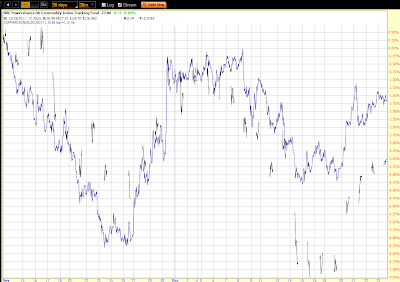 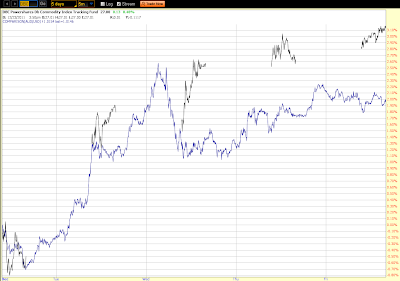 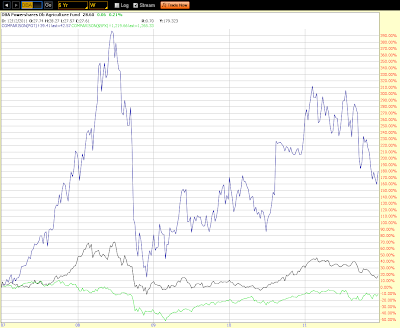 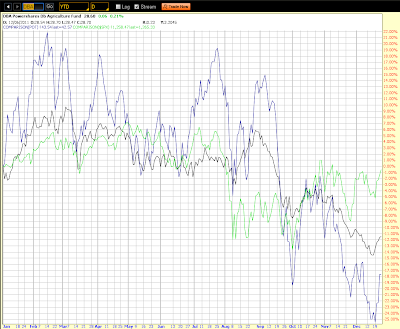 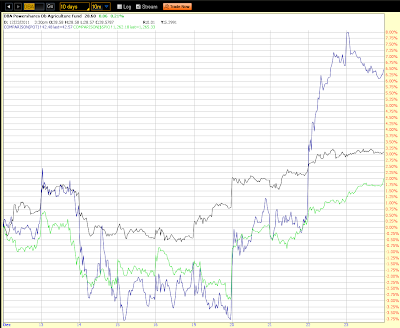 Generally, these markets are beginning to look a bit overbought. However, with momentum in positive territory, they may only pull back sufficiently to relieve this situation in the short term…a "tell" as to whether they may then continue to rally would be to see if momentum stays above zero. I'd look for continued strength in DBC and AUD/USD…any developing weakness of significance could have an negative effect on the equity markets. I'd also look for continued strength in DBA and POT…a drastic drop in POT could, ultimately, have a major impact on the equity markets.

Below are a series of chartgrids of the YM, ES, NQ & TF. I'll provide a bit of commentary on each. 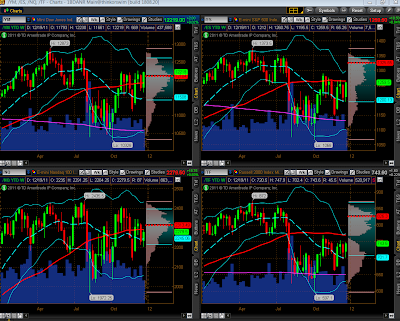