A 7.5% yield. A gorgeous pattern. A big increase in volume. Even Mr. Permabear here loves this chart and is enjoying the run on a very big long position.

Data released this morning shows that Durable and Core Durable Goods Orders dropped considerably…down to 2009 levels, as shown on the graphs below.

Ones to watch for possible continuing weakness as a confirmation of slowing global growth in 2012. In the short term, this may take some of the steam out of the current equity market rally, as the futures markets dropped immediately following the release. In this regard, I've outlined where short-term support lies for the four e-mini futures indices (YM, ES, NQ & TF) in my post of February 27th. 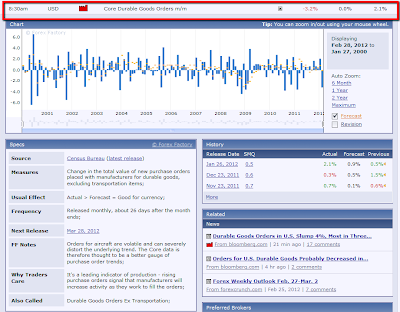 END_OF_DOCUMENT_TOKEN_TO_BE_REPLACED

The dip buyers had yet another great day yesterday as the large opening gap down was swiftly converted into a new high on SPX since the March 2009 low. That new high isn't a break with confidence of very strong 1370 area resistance yet, but if it does break with confidence then that opens up targets in the 1400 to 1440 area as you can see on the 6yr daily chart. My preferred trendline target would then be possible channel resistance in the 1410-20 area, with my reserve target being the 2008 high at 1440.24. 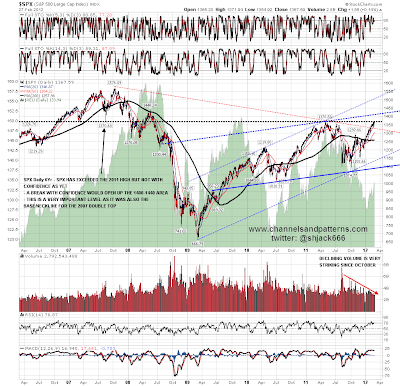 END_OF_DOCUMENT_TOKEN_TO_BE_REPLACED

Soooooo…….has CMG become a risk-free money market fund? I don't think I have ever seen a growth stock this steady. You could use this as a ruler.