(Note: I got up at 4 in the morning and managed to put some posts together in advance of the day so you good people actually had some content from me! Enjoy……..)

END_OF_DOCUMENT_TOKEN_TO_BE_REPLACED

Margaret Thatcher once famously said that 'the trouble with socialism is that eventually you run out of other people's money'. She was talking in a world much more centered around sovereign nations than the current one though, and there are therefore two modern solutions to this problem that she wouldn't have considered practical or even possible (or sane).

The first of those solutions is for governments to implement deficit spending and borrowing on a scale previously unknown except in wartime. At the same time central banks make this easy to finance by pushing interest rates down to almost zero, and cushion the market impact of this new sovereign debt reaching the bond markets by printing enough money to buy the new bonds themselves. In effect this is theft on a grand scale from anyone with savings in cash, pension funds or bonds, but it keeps the show on the road a while longer: 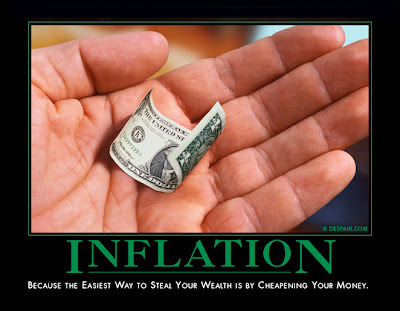