I generally make a rule of posting no more than eight charts in a single post but I have nine today. Apologies to anyone who thinks that is too many but they're all worth including IMO. I've taken out three others including the Dow chart showing a second retest of the broken rising wedge support trendline close above yesterday's high.

SPX punched up strongly through the upper daily bollinger band yesterday. This is a relatively rare occurrence and I've marked six previous instances of this on the chart below. Of those six, only the last one marked a short term high, and for this and other reasons I'll explain below I'm expecting at least some more upside before we get a significant retracement: 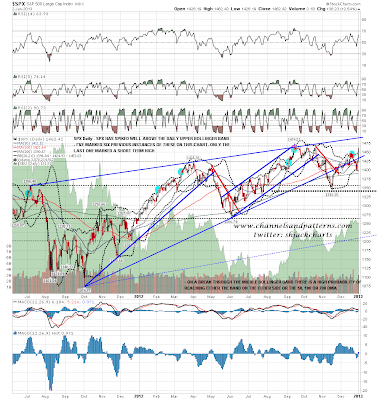