I was saying last week that if we saw a break over resistance on SPX then we would most likely see failure not far above and I'm still thinking that. As I said then, the break above has not compromised the clear negative RSI divergence on the SPX daily chart. I've left last week's text on the chart below but middle bollinger band support is now at 1502, and lower bollinger band support is now at 1476. This is a setup suggesting strongly that we are in the topping process for a short term high, though as I also said last week, that could still run to 1535 or so without compromising the negative RSI divergence on the daily chart: 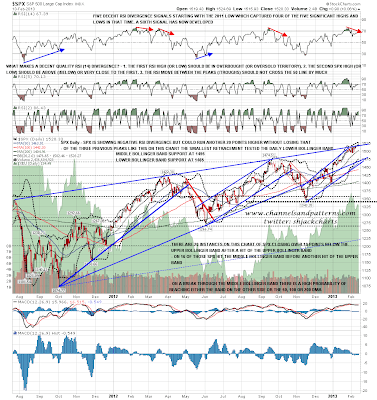