[as to the article’s title, I don’t have a firm, paint-by-numbers answer, but I surely do have strategy]

An NFTRH subscriber named Joe, who is a former fund guy and current chart cranking, idea generating maniac (←said with admiration) came up with the term “bearish bulls” recently, by which he meant that a whole lot of people were looking down in the gold sector, especially heading into this week as the dreaded ‘GDXJ rebalance’ and then next week’s FOMC loomed.

On the former, some bounce opportunities were created in oversold companies involved in the rebalance (with bearish bulls’ short covering providing the accelerant) and on the latter, I very much expect the Fed to raise the Funds Rate next week; and so does the futures market. From CME Group…

END_OF_DOCUMENT_TOKEN_TO_BE_REPLACED

The market made a new all-time high this past week. However, the manner in which it pulled back from that all-time high on Friday has caused me to slightly modify my expectations.

I have now seen about a dozen articles over the last week, mostly presented as head-scratching ramblings, discussing the breakdown of so many “correlations.” One of the recent articles noted:

“Under normal circumstances, you could wake up on any given day, take one look at the yen, and make a pretty solid prediction about how Treasurys traded overnight and/or how the Nikkei held up. And vice versa. Lately, that relationship has broken down almost entirely.”

And, in early 2017, even Morgan Stanley had taken notice:

“Regional correlations, cross-asset correlations and individual stock and FX correlations have fallen simultaneously. That’s unusual; we haven’t seen a shift this severe in over a decade . . .”

Yet, despite pointing out how the market does not make sense, some of the same authors attempt to use the paradigms that broke down in order to explain that which they say does not make sense. Yes, you heard me right. They recognize that their analysis methodology has failed to keep them on the correct side of the market, yet attempt to explain that failure using the same methods which they noted have failed them.

One attempted to “explain” why correlations have broken down through a, as he put it, “truly torturous, yet completely plausible, explanation for what we’re seeing in equities and rates.”

END_OF_DOCUMENT_TOKEN_TO_BE_REPLACED 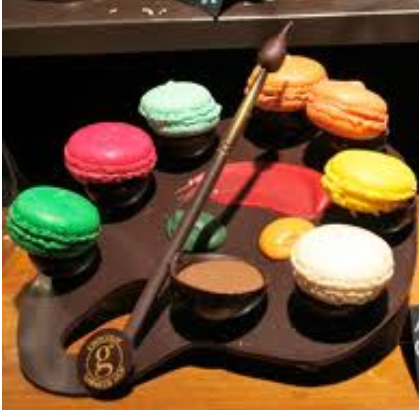 I’ve heard it said many times that we come into this world with nothing and we leave with nothing.

I learned a valuable lesson a few years ago in my move cross-country. Since I was in the process of a major downsizing following the loss of my husband several years before that, I was finding it difficult to part with a number of items that we’d accumulated over the years…as well as still grieving his passing and the passing of our two pussycats in the past several years…my “family” of four had been reduced to a family of one (me). However, I had no choice…I had to be rigorous in my approach to the move and establishing my new life.

Then I remembered something I’d learned in the past year…something that can be of benefit to each of us…that was to simply think of items that I had accumulated as items that were only meant to be borrowed and not meant to be kept for life…this same principle can also be applied to everyone we meet (and are a part of) throughout our life (friends, loved ones, spouses, partners, children, family members, pets, etc.).