The Shanghai Index has recently begun to rally, after remaining in a large sideways congestion zone since mid-2015, as shown on the following Daily chart.

It’s currently trading under the bullish influence of a moving average Golden Cross formation, with the RSI, MACD and PMO technical indicators making a corresponding higher swing high. However, the MACD and PMO have recently made a bearish crossover “SELL” signal…if the RSI drops and holds below the 50 level, we may see price drop and retest near-term support at 3250, or fall to, potentially 3000, or lower. 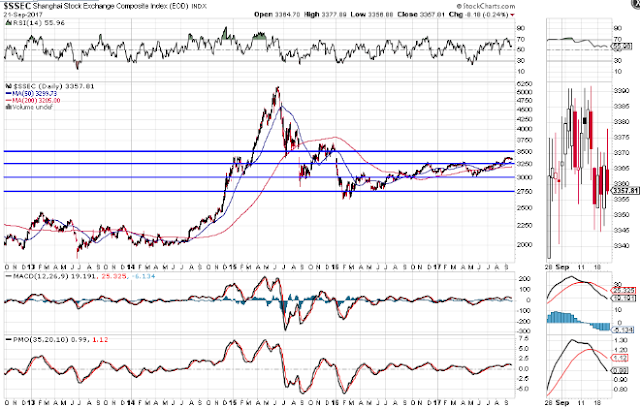 END_OF_DOCUMENT_TOKEN_TO_BE_REPLACED

I guess the rest of the nation might as well face it……..we here in this part of the country are just so much smarter than everybody else. As for the business model, I guess they’ll make it up in volume. END_OF_DOCUMENT_TOKEN_TO_BE_REPLACED

The USD/JPY Forex pair is mired in a 31-year sideways congestion zone, as shown on the following Monthly chart.

Major resistance and support are formed by a long-term 40% Fib retracement level at 124.34 and 23.6%  level at 105.69, respectively. The momentum and rate of change technical indicators have been in downtrend since mid-2013.

Until we see a clear breakout above or breakdown below one of those Fib levels, the Yen will likely continue to be subject to volatile, non-directional whipsaw price action in between them. 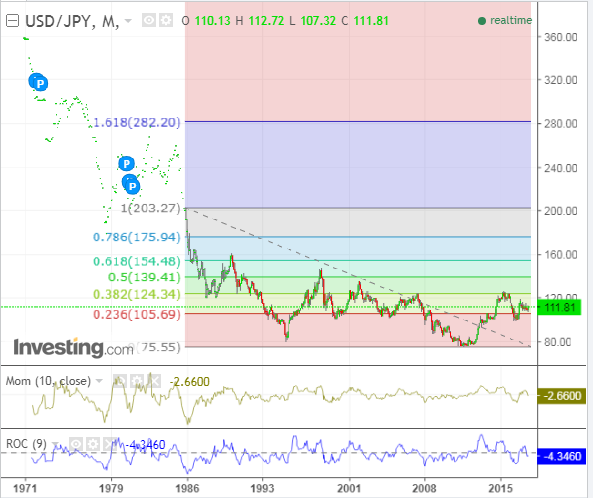