There are two things that astonish me lately: (1) how tiny little SlopeCharts, with virtually no resources at all, is completely outstripping multi-million dollar companies who have armies of engineers  (2) why anyone would choose to use anything except SlopeCharts.

Dislodging people from whatever tired old chart product they are using is very challenging, but we’re getting there.

SlopeCharts excellence has been notched up even higher with something no one on the planet has, or has even imagined. You already know about Future Trend, which we only launched a week ago. We’ve outdone ourselves by amping up this feature with something I call, somewhat paradoxically, Prior Future Trend.

So I’ll just suggest this: read what I’ve already written about it here. Try it out. Experiment.

The bottom line is that we’ve introduced a way for you to go back in time and see what Future Trend WOULD HAVE PREDICTED and see how it stacks up against reality. AAPL, for example, predicted today’s closing price almost to the penny, which just about made a body part fall off when I saw it. This is, I suspect, a notable exception, but in any case, this is a brilliant new feature you won’t see anywhere else – – until the competition steals it, as they have with just about every other charting innovation I’ve dreamed up! But………it’s here before anyone else: 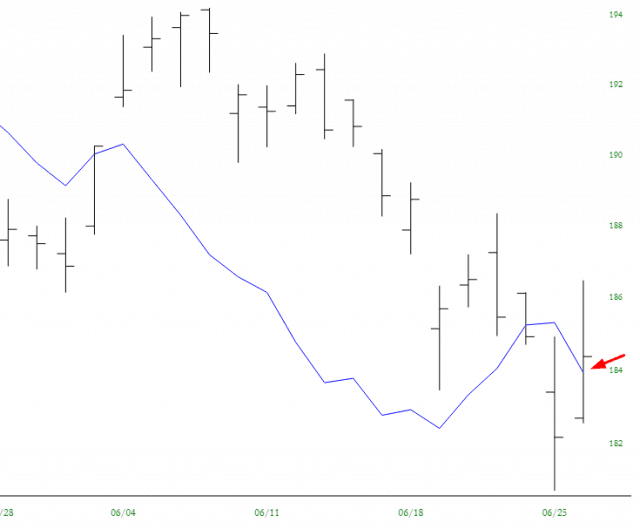 Thanks to SlopeChart‘s spiffy filtering tool, I was able to view the seven specific shorts related to real estate. I present them to you here: 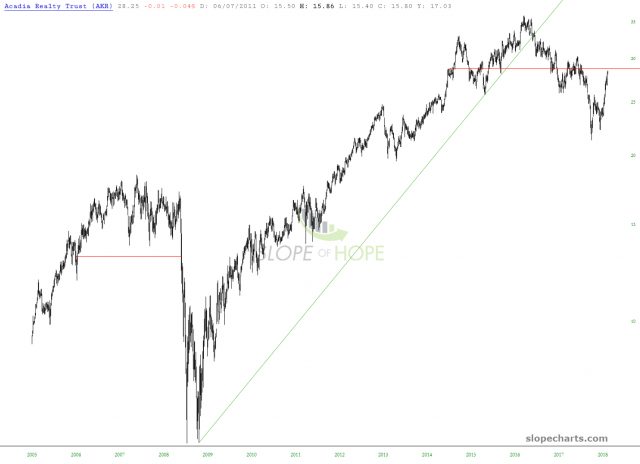 END_OF_DOCUMENT_TOKEN_TO_BE_REPLACED

I would first like to point out that the title of this post isn’t “Mind the Gap”. And why is that? Because cliched post titles turn my stomach. It’s the most obvious, tiresome, overused title whenever a post like this comes along. And I’ll be caught DEAD before you see me title something “The Good, The Bad, and the Ugly.” Jesus, man.

Anyway………..the point I wanted to make was that the gap between Friday and Monday bears close scrutiny with respect to the entire tech sector. My view is that today’s UNGODLY boring trading action is just a pause in another leg down. That red line has to be conquered by the bulls in order for them to wrest control back. This trade war business is being vastly underrated in its importance. 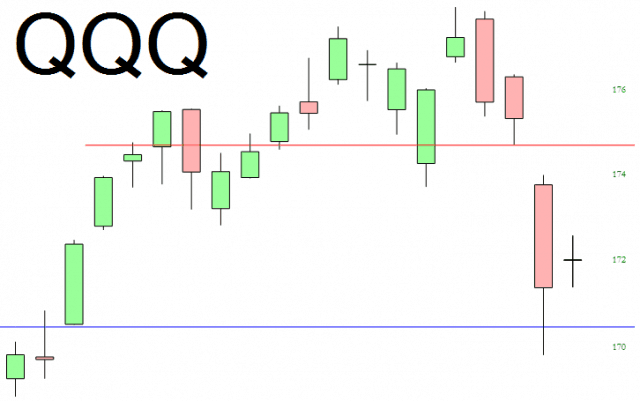 END_OF_DOCUMENT_TOKEN_TO_BE_REPLACED

In spite of all my pissin’ and moanin’ about the lack of direction in the market, if you take a step back, at least we’ve got a little bit of a trend since June 13th. On that day, equities were in many cases nailing lifetime highs, and the S&P was approaching an importance resistance point. On an intraday basis, we have been carving out a fairly clean set of lower lows and lower highs. 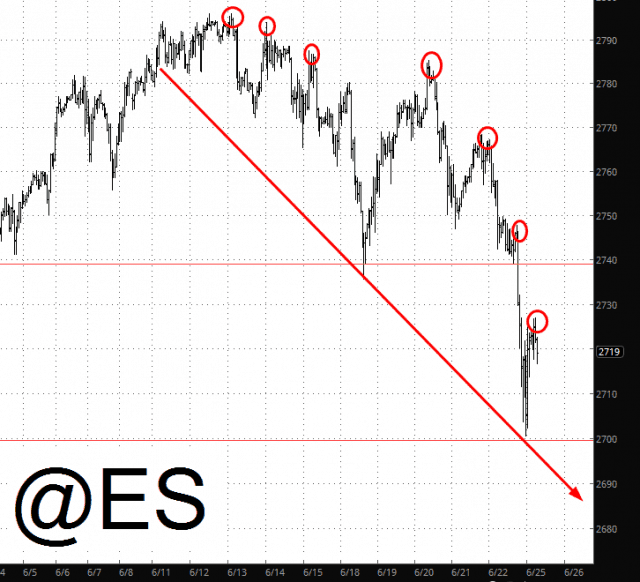