For those curious how much the stock weakness in Facebook has damaged Palo Alto apartment rents: 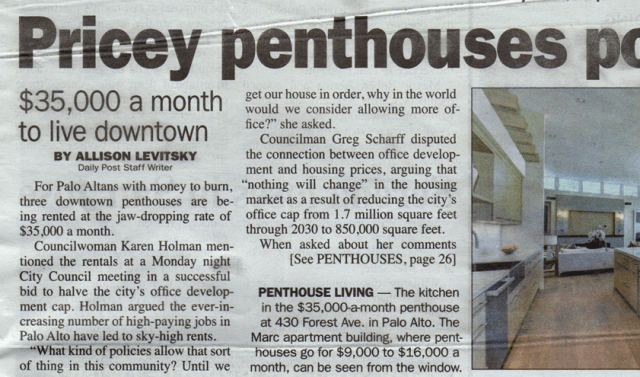 Apple (AAPL) has kissed a new all-time high above 207, where the company is valued at $1 trillion. So far, the high, as seen on the chart linked to below, represents about a 1.9% overshoot of the upper channel boundary line of the February- August bullish price channel.
Apart from the excitement and magnetism of the trillion dollar achievement, my channel boundary line analysis is necessary to overlay on the near-term fate of AAPL. In that the upper channel boundary has contained all the prior rally peaks for the past six months, the upside penetration of that barrier should be significant EITHER because it will put a lid on additional sustained strength, OR because AAPL is so powerful that the upper boundary is no longer viable, and, instead, is triggering a new, more bullish trajectory going forward.

END_OF_DOCUMENT_TOKEN_TO_BE_REPLACED

Well, since nothing – – but even a multi-hundred-billion dollar trade war – – can keep the market down for more than a few hours, might as well throw out a contrarian long idea. And it is poor, battered General Electric, which seems to have put in an important base. 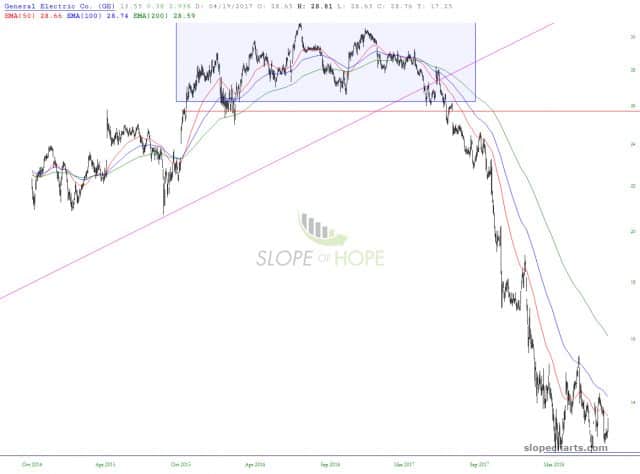 This morning, I was delighted to see the screen covered in red. A Sloper made the snarky remark that me declaration of my shortness would surely mark the bottom. Well, irked as I was by the rude comment, he turns out to be right, although, to the credit of my stock picks, I’m only down 0.3% in the face of a giant rally (particularly cool since I’m very leveraged).

My annoyance at the market’s sudden reversal was initially mixed with confusion, until I saw………..THIS: 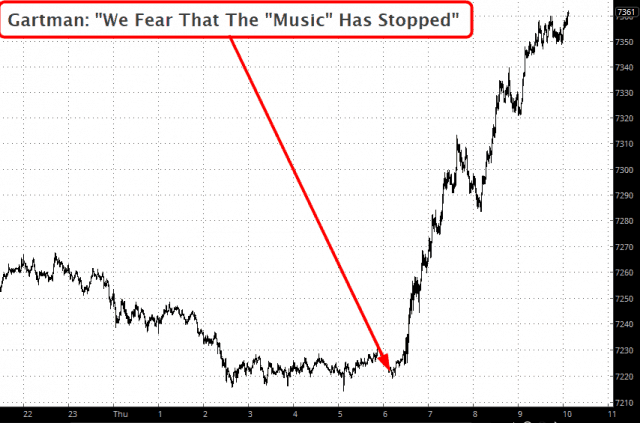 As long as this guy has media attention, I’m afraid the bear market doesn’t stand a chance.