A couple of weeks ago, I suggested shorting Tronox (TROX). Here’s the original post. Well, it’s down 20% in a very short amount of time. I’ve put an arrow at the spot where I suggested it. Not bad! And I think there’s still plenty to go. 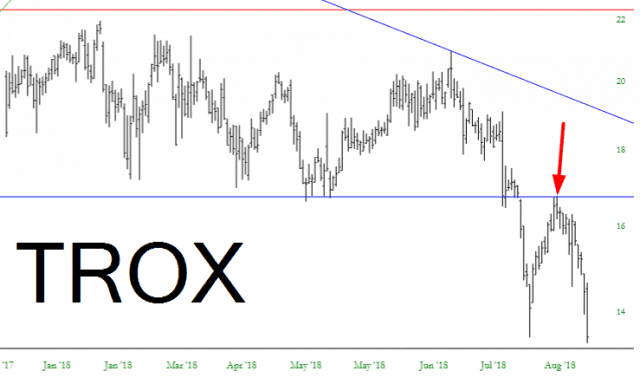 As you know, I don’t tend to be bullish on……..anything……..but I’m going to make an exception for the Slope of Hope. Judging from the load on our server farm, we’re definitely getting popular:

I wanted to highlight the semiconductor sector, where I’ve got a few successful shorts. This index has been sailing smoothly. Yes, we’ve had a dip recently, but if past history is any guide, this is about as long as we “should” go. END_OF_DOCUMENT_TOKEN_TO_BE_REPLACED

With the notable exception of cryptocurrencies, there has been no financial instrument I’ve enjoyed pissing in the face of more than Snap, Inc. The company, which pretends, in its own words, that it is “A Camera Company” is instead, as we all know, the maker of ONE product – – an app – – that lets you share disappearing dick pics. The firm has made a few clumsy attempts at selling hideous sunglasses that let you film your friends sneezing or scratching their nose.

When they first came public, I came out with the oh-so-clever description of the ticker as meaning Short Now And Profit (a phrase that plenty of journalists have copied since). But I was right. This thing has been a complete toilet-flush for its entire history as a public entity, and although people thought I was out of my mind to predict a single digit stock, it is already there. Firm support remains at $0. 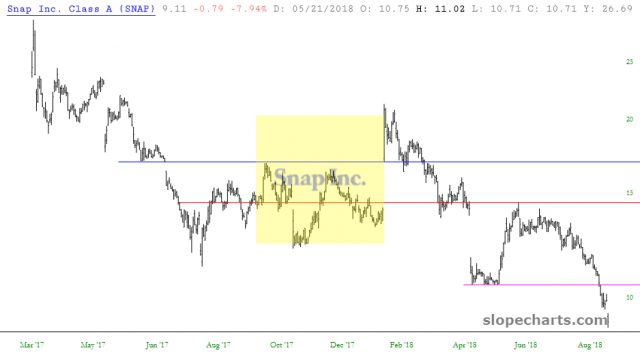 Those of you who watch me on tastytrade probably heard me mention my DUST short yesterday. Turns out it wasn’t a terrible idea. It’s down a lucky-sounding 7.77% at this very moment, thanks to the bounce in miners. 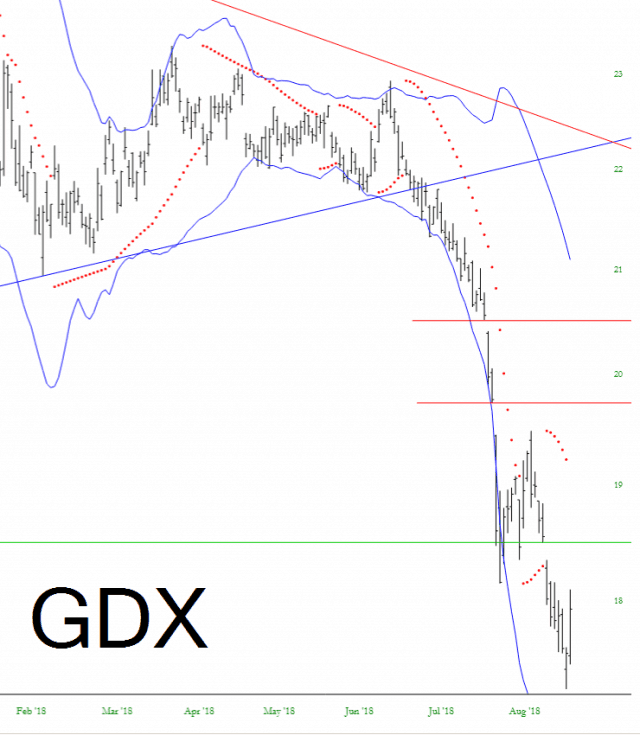 END_OF_DOCUMENT_TOKEN_TO_BE_REPLACED

It’s another good morning. I’m delighted to see the overnight strength destroyed. The next big test is for the small caps, shown below by way of IWM. We need to penetrate the symmetric triangle below. Thrusting and releasing, thrusting and release. Satan is on your buttocks! Hurry! 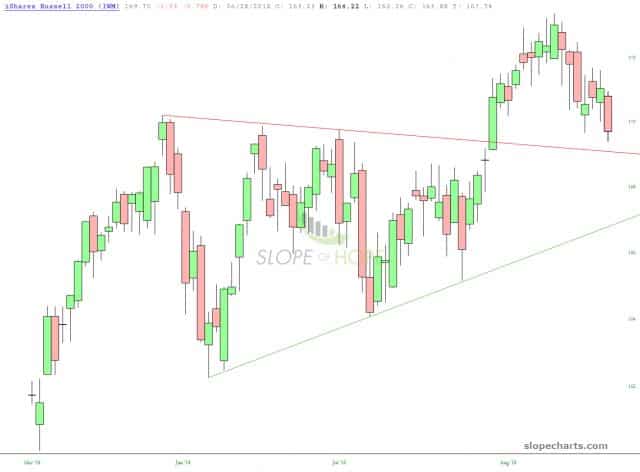