Just a few days ago, I did a post for my Gold and Diamond subscribers called Broken Axle, in which I pointed out the powerfully bearish pattern exhibited by American Axle and Manufacturing (I have unprotected the page so everyone can see the original post). Here’s what it looked like: 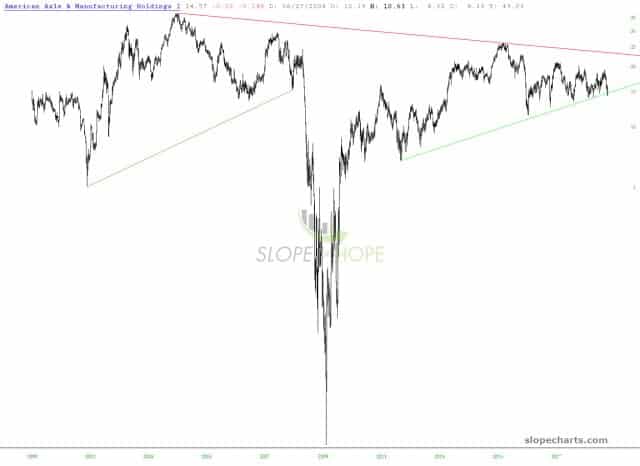 END_OF_DOCUMENT_TOKEN_TO_BE_REPLACED

OK, so let’s just take a deep breath, step back, and assess the situation: