Greetings, one and all, from another hotel suite, where it’s approaching 2 in the morning and I feel compelled to post a few charts. It’s what I do.

Let’s look at a few major indexes and their exponential moving averages. The Dow Jones Composite is threatening (for the bears, at least) to save itself. You can practically hear the brakes squeal as the 50-day avoids cross below the 100-day. 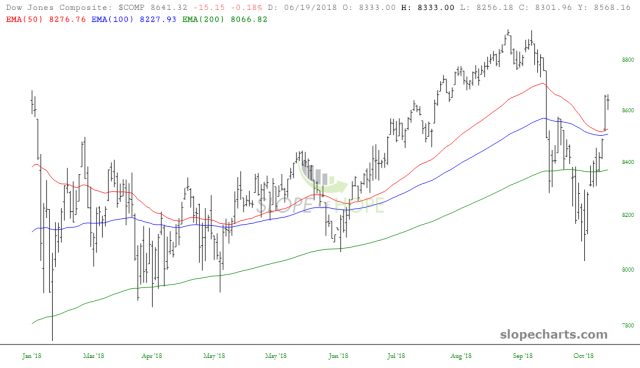 END_OF_DOCUMENT_TOKEN_TO_BE_REPLACED

The Williams %R has called it without fail all year long: 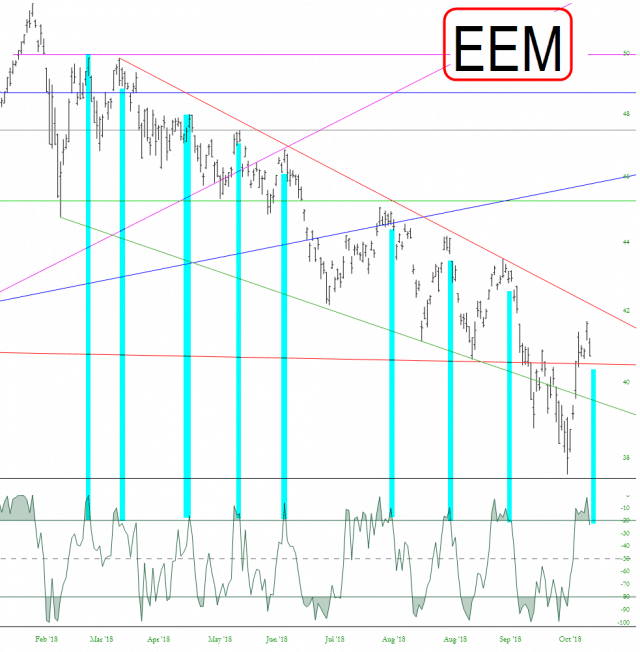 No, this isn’t some fancy-pants options trading suggestion about NFLX. It’s actually about a couple of items on Netflix, the video streaming service, which I’d like to recommend.

I’m a big cinema and documentary buff, and both of these items are documentaries about filmmaking – – so, a double win. The first is called They’ll Love Me When I’m Dead, It’s about the creation of Orson Welles’ last unreleased movie, The Other Side of the Wind. I must say, the movie itself looks absolutely dreadful (Netflix did its best to complete the production of the film and has simultaneously released the movie itself), but the documentary about its creation is absolutely engaging. It seems like one of those self-indulgent vanity projects that only already-successful creative types can get away with, and I suspect Citizen Kane’s place on the mantle is quite secure.

END_OF_DOCUMENT_TOKEN_TO_BE_REPLACED

My big winner this morning is Ctrip.com, symbol CTRP which was down almost 20% after earnings: 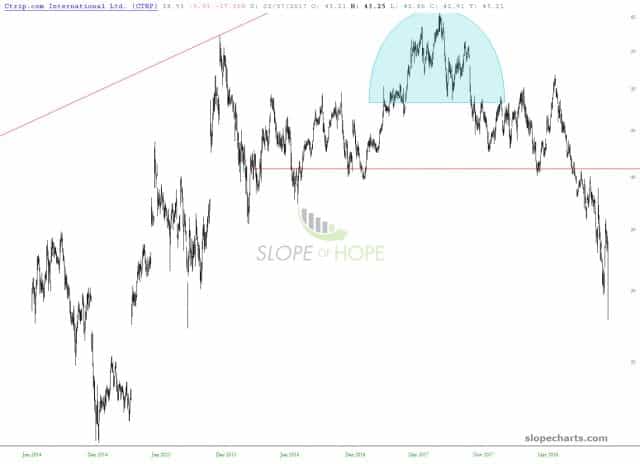