This is a cautionary tale. A tale of a fund of nearly 300 clients and nearly $80 million which blew up in the span of hours from a market move that was, in the grand scheme of things, not that big a deal. It illustrates how excessive leverage can completely torch the risk-taker (and, in this case, his clients). And it just happened.

The person in question is James Cordier, who is a bestselling author of books about options. One glance at Amazon, and you can see the myriad of volumes he’s written on the topic: 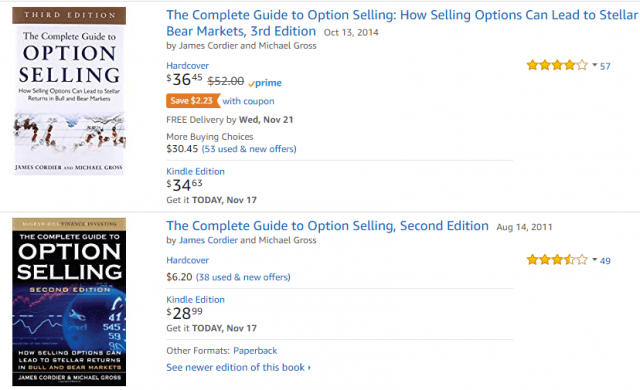 END_OF_DOCUMENT_TOKEN_TO_BE_REPLACED

A Santa Claus rally. A trade deal between China and the U.S. A straight shot to 3,200 on the S&P 500. The bullish stories are flooding the airwaves. After all, the vast majority of “traders” and “investors” have never experienced a bear market before. Equities dipped a little in October, and people don’t like it. So they’re trying to wish it away.

Maybe they will. Maybe the won’t. We remain at a crucial juncture. Last week was largely a waste of time. We did get a nice selloff on Monday, but after that, it was a circle jerk, with desperate rumors from D.C. about a trade deal attempting to prop things up.

On the ES, the two tinted areas are all I care about right now. If, God forbid, we cross above the yellow tint at about 2757, the bulls are going to grab the baton. It wouldn’t take much in the way of news to make it happen. Another plausible rumor about China would do the trick, although the way Pence is handling it, maybe I shouldn’t worry so much. A failure of the green line at 2711 would shove a silver stake through the pattern’s heart. END_OF_DOCUMENT_TOKEN_TO_BE_REPLACED

Reminder from Tim: For some heavy-duty options backtesting, remember Slope readers get a hefty discount from CMLViz – – check it out.

Now that we have both the midterm elections and November’s monthly options expiration (OpEx) behind us, let’s look forward to potential higher probability setups as we head into Thanksgiving and the Holiday shopping season.

We’ll be using Dutch rules (as in Market Sniper), looking for a minimum of a 70% probability of success.

A few clear trends emerged from the lookback during the past ten years (i.e. when options trading began to take off en mass).

Got it? Ok here we go: END_OF_DOCUMENT_TOKEN_TO_BE_REPLACED