How ironic that the United States, whose citizens pretty much invented EVERYTHING considered “modern” in the world, simply cannot get its act together when it comes to actual implementation. I mean, even freakin’ Brazil has us beat, to say nothing of twelve-times-faster South Korea. Anyway…………let’s just say that the breathless ads you see from communications carriers about how life-changing 5G is going to be aren’t necessarily true. 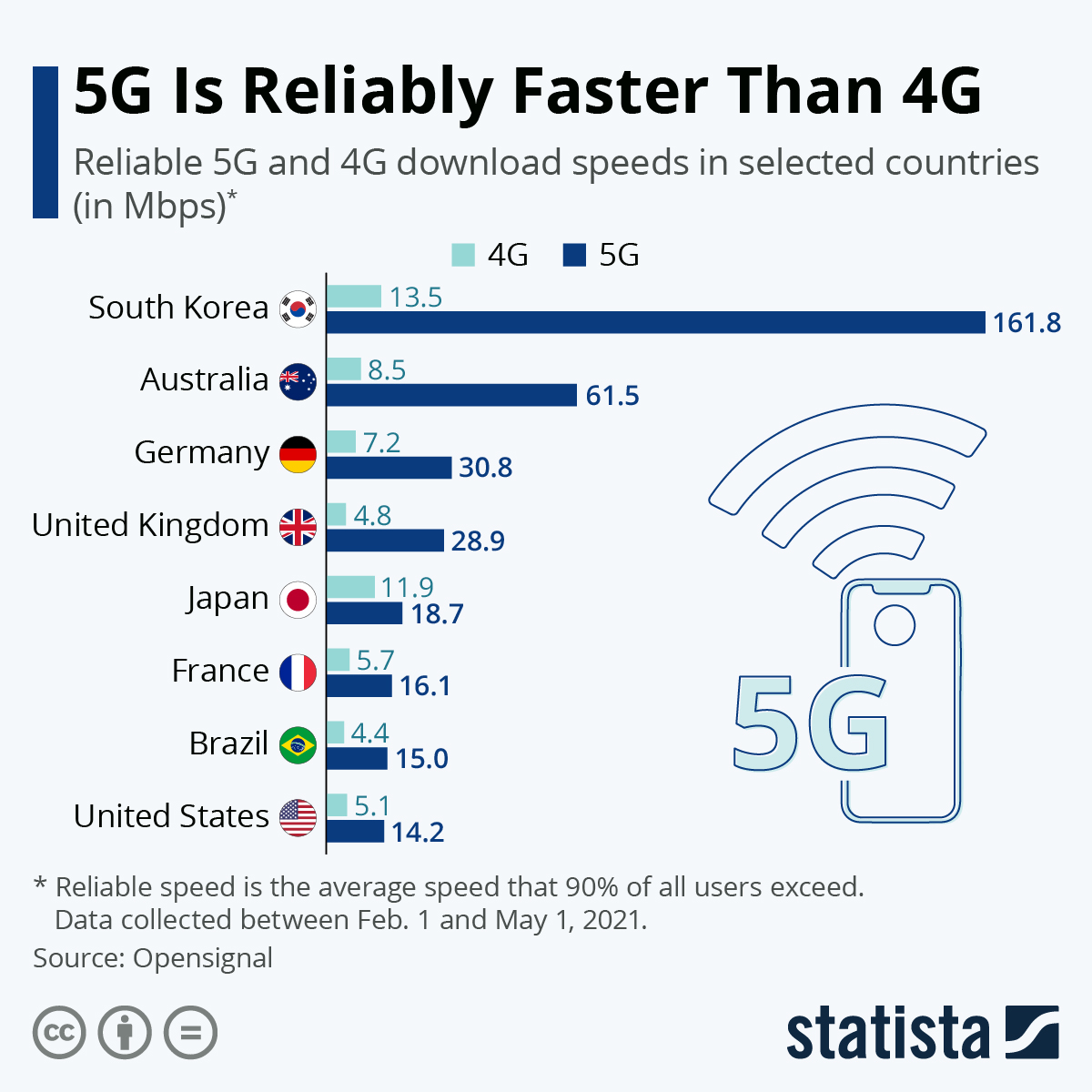