I’m sure most people have not noticed this and may even roll their eyes at it because apparently we shouldn’t do technical analysis on the VIX.

Personally, I use bollingers on the VIX and find them helpful. A recent observation,however, is what prompts this post. Specifically, that when the weekly bands get about as tight as they ever do, the probabilities of a weekly upper bollinger touch increase significantly and the chances of a weekly upper band overthrow (as what happens in crash-like moves) have a much higher chance of occurring. It appears to me that this forewarned of a potential serious depreciation for nearly every major drawdown over the entire timespan (nearly 25 years). It missed the major declines in the 2008 bear market as the weekly bollingers only squeezed to around the 50% mark, but I feel an adept trader could make this work as well.

I went back to 1998 for this study encompassing two bear markets and two bull markets. The information I’m going to share may work even better as a volatility play rather than a short index play if you can find a way to do it relatively safely (I’m open to suggestions if anyone has some ideas as I don’t play VIX futures or options as yet).

END_OF_DOCUMENT_TOKEN_TO_BE_REPLACED

Well, folks, this is what you get what a market is absolutely priced for perfection until the year 3295. You can have company after company announce blow-your-tits-off amazing earnings and prospects, have the stock briefly skyrocket, and then vomit all over its lapels. I didn’t have to dig for obscure examples this afternoon. Allow me to share these tiny, no-name companies with you…………

END_OF_DOCUMENT_TOKEN_TO_BE_REPLACED 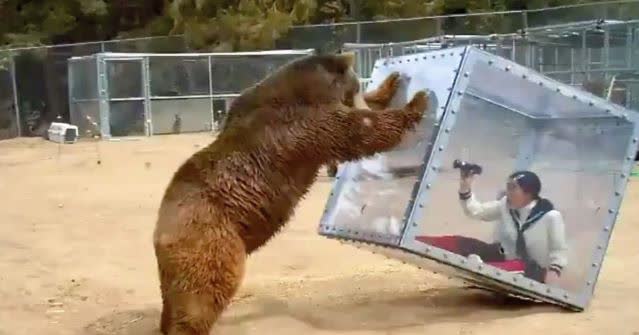 No need to fear the bear if you’re protected.

END_OF_DOCUMENT_TOKEN_TO_BE_REPLACED

Full employment and low inflation? Those aren’t the Fed mandates. THIS is: