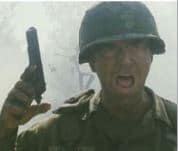 Roadgame
Interesting, but what about the series of lower highs in PHDAX in late '04-'06? the mini-collapse in PHDAX in '11-'12?, the lower highs in early '13 and late '14? I'm no permabull, but as indicators go Kimble appears to be cherry-picking signals (or inadequately defining the signal) to make a bear argument. 11/21/18

#BahamaStrong
Yes, they are! The Fed has the banks back.

What is the matter with @MS??? Has @MS living in one of GREAT 'merica shittiest states finally pulled this POTUS nutjob to the brink. @PipeSticks is @MS worth it. Perhaps put him on Ignore and allow him to bask with the other Right Wing Conservative White Nationalist in love with the imbecile occupying space in our White House. It's Mueller Time!! SOHopers Happy T-day. @1SexyStud
(Perhaps this weekend it might be time to dawn your Yamaka or Red Hat or perhaps a Thawb or Hijab. https://en.wikipedia.org/wiki/Thawb
'¯\_(ツ)_/¯'

@Rodent - please put @POTUSshithole on Ignore. Unfortunately since I'm blocked by @MS and @TK, I can not longer Ignore/Block @Rodent .... .... @MS LOL

Thanks @GrinAndBearIT
Why do guys always look so great in shorts, especially in Broward County, FL???

As you know @POTUSshithole is "At this time, you cannot post comments. Your account has been blocked." In response to a nite club shooting in Orlando @MS continues to offend, with his insane shooting rhetoric. (ie. Market Sniper said "one shot to the head" as banning rhetoric) Perhaps Vegas shooting and the now DJT induced regular 'merica THE GREAT NRA killings is acceptable. @MS said "Market Sniper" Marine killing is GREAT MAGA. WTF (What you didn't say that? Oh well, it's now yours 'Sniper'. OWN IT. B'iotch. LOL

This GOP BS is an abomination, as is this POTUS. Gerrymandering is a real concept that lives in Florida.

The House is in good hands. Senate is next and Impeach DJT AND VPOTUS too... Nancy for POTUS. @MS--LOL-- If you didn't like Hillary, you are going to really enjoy Nancy.
POTUSgrabthepussy, where are your tax returns. It's Mueller Time! @MS The "show" is just beginning.
See, @MS we agree! Ha Ha Ha....

@Duke too funny ツ
"I didn't realize how addicted I was to a middle aged man in Palo Alto until after he disappears..." Welcome back @TK and team. Much faster now.