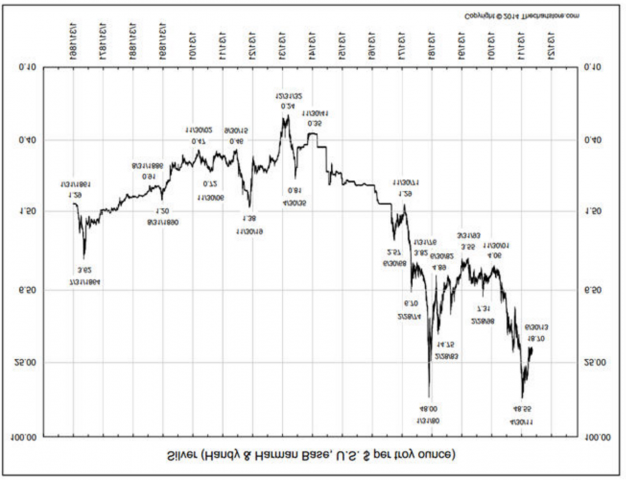 convictscott
The silver price goes down when people sell silver futures. The fact is, for the last 5 years in a row sellers have had more conviction than buyers. That maybe ending soon, but living in fantasy land won't make it come true.

All this "it should be here, it should be there, if only it was measured in magic beans it would be...."

Lie to other people, but lying to yourself is the true sin.

Silver Singularity
I Love your arguments genius!
So we've heard about price manipulations in LIBOR, currencies, stocks but they aren't manipulating anything in the precious metals world wich is one of the first canaries in the coal mine of monetary policy.

If governments are telling you that it's shiny out there and when you look across the window you see that it's raining, who are you gonna believe genius??? 9/4/16

So, genius, wich asset is historically the most cheap and wich one is very likely to outperform in the future?

I don't have a crystal ball but I know that it's not expensive and there are strong fundamentals so it's likely that the bull market isn't over and IF the market should retest the VALUE that it reached in 1980 in the future, silver is a bargain right now! 9/4/16
...