View: Chart showing rise in lobbying expenditure by NRA - from just over...

Chart showing rise in lobbying expenditure by NRA - from just over... 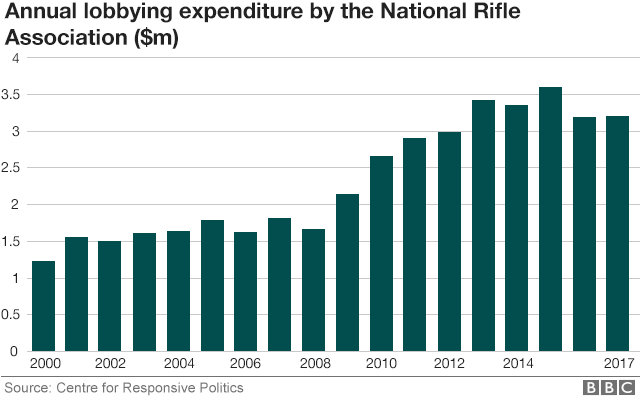 The Lone Postman
Two analyzes are revealed in this chart:
1st. Law abiding gun owners increased NRA contributions along with gun purchases coinciding with the Obama election. Conversely decreasing , after Trump was elected.
2nd. You communicated a Freudian slip by posting it. (Careful next they come after your fencing swords)! 8/4/19

The Lone Postman
Charts and analysis as well as statistics can reveal many things, but sometimes the persuasions of the charter. Perhaps the despair going on could be because of the below post on consumer debt:

An example would be the rise of mass shootings correlated with the rise in consumer debt. A facetious and disingenuous argument.
This country was started with the help of its its guns and the framers understood that. The difference today could be summed up by a paraphrase of Alexis de Tocueville's book "DEMOCRACY IN AMERICA"- America is great because it is good-this he saw in visiting the churches in various parts of America and their faith put to good use. But, he warned that this self-governing experiment would not last if that was lost. I do not believe guns are the problem, however, they can be use as an instrument of the real problem. The problem is that fallen mankind not at peace with there creator seeks to fill that void, usually with narcissistic and self-serving motives. There is real evil in this world and forces attempting to drive out the good-get God out of everything via government suppression, litigation, politics. This President Donald Trump who I support as well as Barack Obama who I didn't agree with his policies are not Political Messiahs. There will only be true PEACE when the Prince of Peace Jesus Christ rules in the heart of individual men and women! The root cause of these diabolical problems is in the rejecting of God Love. All the other peripheral issues ie. guns, mental health societal breakdown with fatherless homes, garbage video games,drugs, immigration, etc... are all symptoms of the real problem. 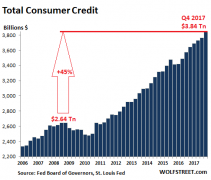