Stopped by Bitcoin's house for some Pumpkin Pie.

Volume on bear team lately.
Under 20/50 day, bear cross imminent.
India throws ban hammer.
Cyclical theory if true for this particular cycle.
Under trendline formed since Covid low in March 2020.
Tether and the U.S. Congress.
Ascending triangle announced May sell-off a little early. Kinda trying to draw a really, really big one now, but unconvincing so far...
Tim says markets in general are going to die a gruesome death.

It's crypto. If you can pull free Tether out of your ass, the price can go where you want it to go.

Anecdotal: Bitcoin machine shows up at my local Circle K. Given the neighborhood, let's just say I was stunned.

Flaggy pennant thingy with bullish implications can be drawn, (not shown) and it is 8 months in the making.

No bets here for me at the moment. 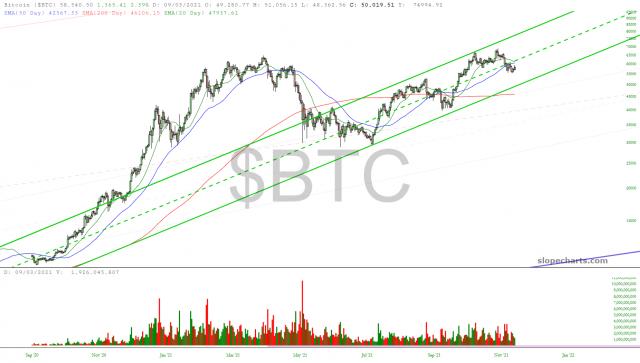 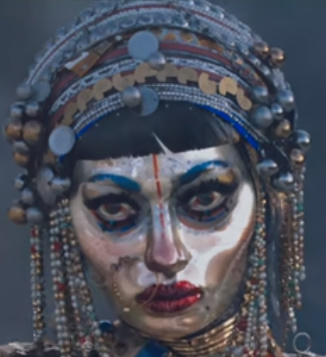