British Prime Minister Theresa May has no chance of forcing the deal that she has negotiated with the European Union through Parliament in December. Meanwhile she's on a UK tour trying to persuade the gullible British public that she negotiated the best deal possible. All she had to do was run the country and not even talk about Brexit after she signed the divorce papers. She's not very bright. The loyalists who support her only support her because they want to keep their salaried government positions and know that if they don't rock the boat that they'll be promoted to the House of Lords. Her loyalists are as corrupt as the European bureaucrats that run the EU from Brussels. 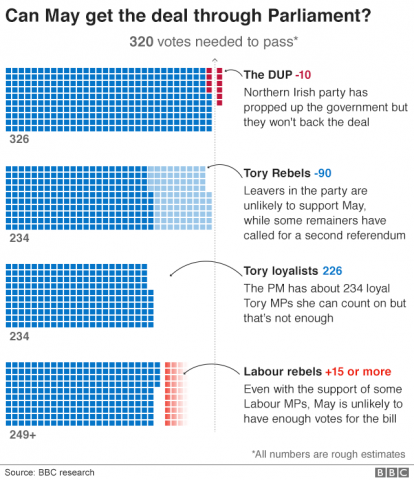