"Gold, the counter-cyclical Amigo is in something of a consolidation channel as opposed to the minor topping pattern I’d previously thought it was. 6 of one, half a dozen of the other. It’s correcting as it should during the initial phase of the macro trade. Why? Well several reasons, but a major reason was viewable well ahead of time, and view it we did… Bond Yield Continuum and Gold, on August 8th.

If/as the global macro reflation bid keeps up gold is likely to at least test initial support at 1425. I think that the world would have to get very bullish and risk would have to slam to full ‘on’ in a global punch-drunk party for gold to test major support, but there it is anyway. Respect it. That was the breakout area that indicated a new cyclical bull." 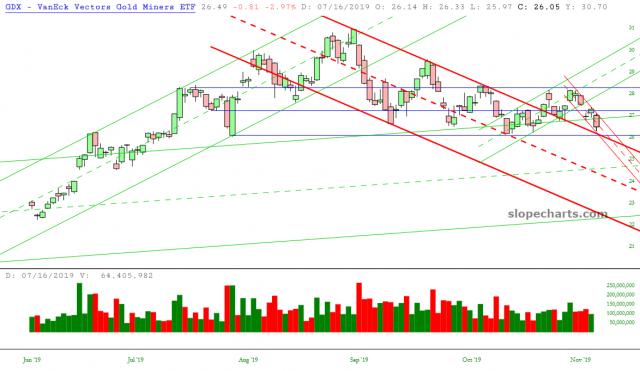