$IKGH is a Macau-based casino operator with ambitions to buy another operating casino in South Korea. Got my attention about 3 weeks ago when casino regulation in Macau was in the news. Bought a few shares and have been riding it since. I think that it is beginning to look interesting now. It creeps me out that volume happens in concentrated spurts and sometimes the spread can be a couple of cents. The fact that its HQ is in Macau (in China) and it is thinking about expanding to South Korea doesn't excite me either. But chart-wise it appears to be shaping up. It is beginning to look like it may just make a run for the 200dma and the 50wma with an outside chance that it may even go for the 200wma. Speculative play at own risk. Just thought I'd mention it because it was only just starting to pay off for me but the only logical reason for upside is that the new Chinese regulation was not as harsh as was anticipated i.e. the share price had been suppressed by the expectation of worse regulation which hasn't mat 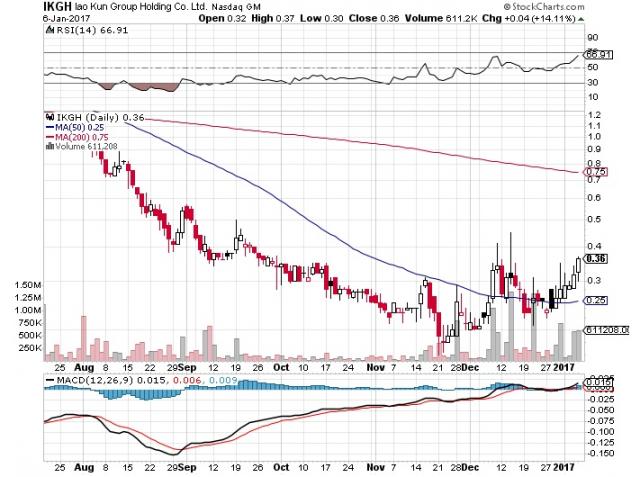