Paul Krugman admits he doesn’t know much about the history of economic thought, and then goes on to prove it.  If only he’d read some of Brad DeLong’s writings on Milton Friedman he might change his mind.

To summarize, back in the good old days:

Milton Friedman said interest rates are not a good indicator of the stance of monetary policy.  Keynesian said they were.

Milton Friedman said ultra-low interest rates were a sign that money had been tight.  Keynesians disagreed.

Milton Friedman said the Fed could control inflation if it wanted to.  Keynesians said it could not.

Milton Friedman said the BOJ could raise Japan’s inflation rate.  Keynesians said it could not.

But Paul Krugman insists that Friedman was mostly a Keynesian, and that all these fundamental differences were merely disputes over “empirical propositions“—they used the same basic model.  If that’s so, I’d hate to see what a different model looks like!

Krugman’s new post on Friedman is full of more errors:

Yes, he [Friedman] in effect admitted, we do need stabilization policy — but we can minimize the government’s role by relying only on monetary policy, none of that nasty fiscal stuff, and then not even allowing the monetary authority any discretion.

At a fundamental level, however, this was an inconsistent position: if markets can go so wrong that they cause Great Depressions, how can you be a free-market true believer on everything except macro?

Paul Krugman is quite brilliant but has one glaring weakness, an inability to put himself in the shoes of his intellectual opponents, and to try to see the world as they see the world.  Milton Friedman did not favor an activist monetary policy; he favored a steady growth in the money supply, in order to “do no harm.”  He opposed policy activism.  Even his opponents concede that.  Late in his career Friedman conceded that a money rule might not be best, and suggested targeting inflation by pegging TIPS spreads.  That’s using the markets.  I suppose Krugman would consider that “activism” too.

Friedman did not believe that markets caused the Great Depression; he believed that tight money caused it.  Now Milton Friedman might be wrong, but Krugman should at least try to accurately characterize his argument.  And there is nothing intellectually inconsistent with the view that markets work well with sound monetary policy, but less well when the value of the medium of account is highly unstable.  Markets also work less well when billion ton asteroids smash into Earth.  Friedman was a pragmatic libertarian, not a libertarian ideologue who opposed all government policies.

Update:  Nick Rowe makes the same point much more effectively.  Indeed his “it’s a stupid question” approach is actually better than my “Friedman was not an activist” claim.

Are liberals just the same? Actually, no — not now, anyway. Conservatives were quick to claim that liberals were just looking for an excuse to spend more — remember Robert Lucas accusing Christy Romer of “shlock economics”, of making up an analysis to justify Obama’s lust for spending? But liberals aren’t the mirror image of conservatives; they don’t seek big government as an end in itself. And in this crisis, liberals have just been sticking with the textbook, while conservatives are desperately seeking ways to ignore what we know.

Textbook?!?!?!?!?  The textbooks say low interest rates don’t mean money is easy.  The number one monetary textbook in 2009 said monetary policy is still “highly effective” at the zero bound.  Nobody was following the textbooks in 2009.  And how about all those calls from Keynesians for deep tax cuts?  Oh wait; they favored tax increases in late 2012.  For some odd reason all their calls for fiscal stimulus seemed to be in the form of bigger government (more G) not smaller government (less T.)  Indeed they tacitly admit their bias when they claim conservatives oppose fiscal stimulus because it implies bigger government. No it doesn’t!!  Didn’t the Romers (well-respected Keynesians) find that tax cuts have a fairly large multiplier effect?

And in the wake of being wrong about the US, wrong about Japan, wrong about Switzerland, etc, Krugman continues to peddle now-discredited liquidity trap arguments.

In the wake of the 2008 crisis, this looks wrong from soup to nuts: the Fed can’t even control broad money, because it can add to bank reserves and they just sit there; and money in turn bears little relationship to GDP. And in retrospect the same was true in the 1930s, so that Friedman’s claim that the Fed could easily have prevented the Great Depression now looks highly dubious.

I know that Krugman’s defenders will say it’s not about the money supply; it’s about expectations.  So if there is a permanent 10% rise in the monetary base, inflation doesn’t happen because the base increased today, but rather because the increase is expected to be permanent.  All one can say is “duh.”

I will agree on one point.  It’s not clear the Fed could have prevented the Depression.  I think they could have, but gold standard constraints allow for a respectable counterargument.  But (outside the eurozone) we don’t have those constraints today.  The claim that a fiat money central bank might be unable to inflate now seems laughable, but these views were taken quite seriously in the Keynesian community just a few years ago.  And BTW, I am doubtful that Japan will get much inflation, I expect just a little.  But if they did 10 times as much yen depreciation as they recently did, say 200 yen to the dollar, I guarantee they’d get a lot of inflation.  Of course Krugman might argue that the BOJ would find it hard to depreciate the yen.  Indeed he once did make this argument.

But never mind. What I think is really interesting is the way Friedman has virtually vanished from policy discourse. Keynes is very much back, even if that fact drives some economists crazy; Hayek is back in some sense, even if one has the suspicion that many self-proclaimed Austrians bring little to the table but the notion that fiat money is the root of all evil — a deeply anti-Friedmanian position. But Friedman is pretty much absent.

I’d say there is some truth in this, but it’s becoming less true every day, as more and more conservatives jump on the market monetarist bandwagon.  (Larry Kudlow is one of the recent converts, but there are many others.)  I see enormous interest in MM, growing almost every day.  Just yesterday W. Peden left this comment:

George Kerevan, economics correspondent for the Scotsman newspaper, comes out in favour of NGDP targeting-

It wasn’t so long ago that he was (a) calling for tighter monetary policy to reduce inflation and (b) looser fiscal policy to boost growth. I like to think that my letter at least got him thinking about why that way of thinking is mistaken. I could have never expected that he’d come around to NGDP targeting so quickly; now the challenge is to get the rest of journalistic opinion in Britain on side…

I started blogging partly out of frustration that the whole world seemed to talk as if monetary policy controls inflation and fiscal policy controls real growth.  Slowly but surely the MM community has gotten people to think in terms of NGDP.  And not just journalists, but elite macroeconomists, central bankers, etc.  It will take a long time, but eventually Milton Friedman will be seen as the forerunner of 21st century macro.  When countries like Japan have AD problems it’s simply because money is too tight.  That was his message in the late 1990s, and he was 100% right.

PS.  Here’s another example of Krugman’s inability to put himself in the shoes of his opponents.  When people like Lucas, Cochrane, Barro heard about the revival of interest in public works projects to cure the recession, they were incredulous.  They’d say “the money had to come from somewhere.”  Krugman took this as indicating that they didn’t understand the Keynesian model.  Actually their skepticism had more to do with monetary stimulus and aggregate supply.  They took it as a given that if too little NGDP was the problem you’d do monetary stimulus (or perhaps tax cuts in Cochrane’s case.)  For any given NGDP, more spending on bridges really does mean less spending elsewhere.  But Krugman completely missed this point, assuming the worst.  And he repeats the attack over and over again, although by now he must surely be aware that it’s incorrect.  I have first hand knowledge from my days at Chicago that Lucas has an excellent understanding of the old Keynesian model.

PPS.  This gets my vote for the most silly thing Krugman has ever said:

So Friedman has vanished from the policy scene — so much so that I suspect that a few decades from now, historians of economic thought will regard him as little more than an extended footnote.

PPPS.  Tom wins “commenter of the week” for pointing out that the title could (and in my view probably should) be read as me kicking Krugman.  :) 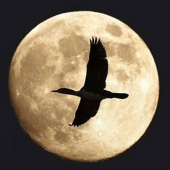 Booboo, Degrowth Defined →
All is well in the land of BUY-MORIA 8/9/13

Levrage
Off topic, but just for fun: