2nd week below both EMAs - just look at that weekly candle! Bounce coming? 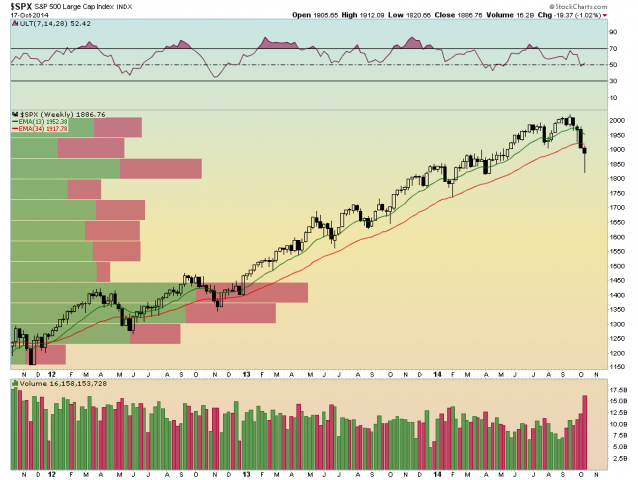 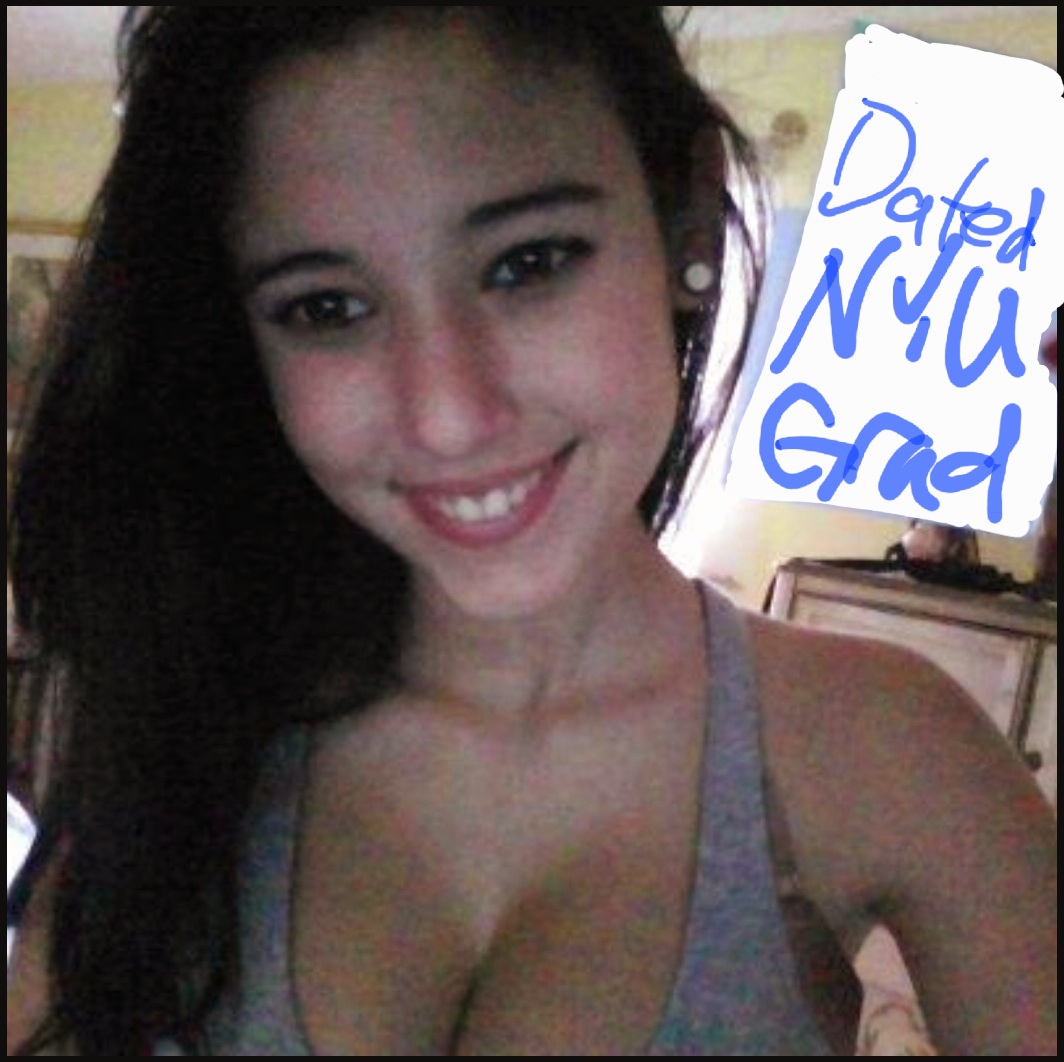 NYUGrad
Everyone expecting a bounce. So I'm gonna be on the other side of the boat 10/18/14

Damien
That big wick indicates that there is some serious buying interest at lower levels. So imo the onus is on the bears to prove themselves, because the bulls turned around the tape short term, and the odds favor them.
With that said, we are 65 or so ES handles above the bottom, but it get here with a lot of back and forth, unlike after the last few mini corrections, and so there is not much indications, that the correction is over.

Considering that it took about 20 sessions to get to the bottom from the top, then 6-8-10 session of correcting the down move would be absolutely normal, even healthy for the bear case.

BTW this weekly candle very much resemble as a fractal to the daily candle of Oct 2nd SPX. After the last green daily candle, it was the 4th in a row, a short term bottom as a hammer, with slightly lower close than open - ie. red. The next candle was a big green, then back and forth - including the FOMC rip - and then tape lost the low point of the hammer, and swiftly shed an additional 100 ES point in 5 sessions.
If it would play out mostly along those lines, then we would get a few more session of upside correction, then lose this recent bottom - and because we are one timeframe higher, on the weekly - then probably swiftly shed 150-250 points in a few weeks, which would put us to 1600 +- 50 points into the middle of a support zone.

It would be a normal 15-20% correction, with the ending is with 100 ES points down weeks, which would be sufficient for a lot of participants to run for the hills, and for the bears to proclaim not only a bear market, but at least TEOTWAWKI - but that is the point of the corrections, to shake out the weak hands, put the majority of participant into short/cash, ie create a buying opportunity to the few, because up until now, nothing points on a technical basis to the end of this bull market. Correction yes, end of bull market not likely.

So short term its probably up with a lot of back and forth, but longer term its sharply lower, but I am not married to this view, but rather try read the tea leaves, and act accordingly. 10/18/14