Having multiple winners in a row may be something as overwhelming as having losing streak. The aspect of taking profits far too early is one of the main struggles for less experienced traders as missing out on the big chunk of the move can lead potentially to ruin in the long term. Very fresh example is EUR/USD run to the upside from 1.3266's area. On a chart below notice the green rectangular areas. Those are the areas where market presented favorable conditions in order to add to already winning position. Someone quite rigid exit rules may have exited at around 1.35's with nice chunk of profit, there is nothing wrong with it. However if market is showing no anticipation of slowing  down, skillful trader must be in condition to take advantage of it by leaving chunk of position to be able run that profit if market decides to go further. 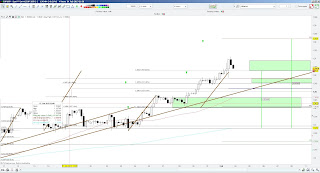 While diving deeper into this technique of adding to position on certain levels, the "side effect" is that it will create sort of rolling snowball giving higher return on the same move. Taking the analogy from surfers world, it makes no sense to jump from the wave while it is getting strength. Obviously there is a downside to it, as trader must focus not on potential profit but rather on risk that he will be taking on board. The huge drawback with this method is that it can turn winner into break even or loser trade in no time. There are no "holy grail" rules for it either as much depends on the size of position entry, account size, risk tolerance etc. To be used correctly each trader must set his ratios right to make sure that snowball of profits will not melt if suddenly market curve will suddenly go against.

Looking ahead of next week 3 setups i will be watching closer. French CAC40 was close to completing Cypher pattern last week, before running away. The setup is still valid though as high's of 3790's were still not broken. 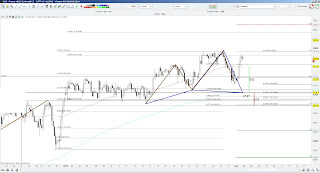 South African ALSI40 index is in the mode of setting new all time highs, currently on the verge of another breakout or at least consolidation. Anywhere within highlighted area may be a good long entry as long as 35930's area is not broken. 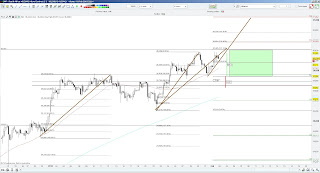 Finally GOLD (XAUUSD) is shaping up nicely for double advanced bullish pattern confluence of Cypher and Gartleys. Starting with 1640's area is good place to go long in my book, however as per earlier stubs i would expect some time for this market to play out, so definitely some patience will be required if these two patterns will complete. 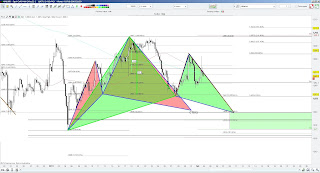 That will sum it up for this week, have a good one traders!