Now that the /es has erased all trade since the start of Q2 on a closing basis, We can finally look to key levels of potential support beneath.

From a retracement standpoint: 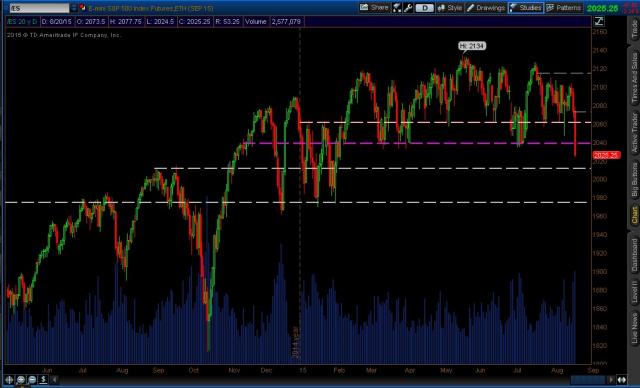