During the times of trading draw downs it is important to bounce back and have a positive reinforcement to keep mental shape sharp and leave emotions out of the trading. The long setup on DOW posted last week provided  this opportunity to bounce back after series of losers netting around +240 pips of profit while hitting target 1.  Despite other two setups(GBP/JPY and All ords) having not such a successful outcome, earlier winner helped me to focus on my trading plan and allowed to cut the losses early. One thing worth mentioning is the fact that having position being open during important news event increases risk of being stopped out for no good reason. Particularly at the start of last week during Bank of Japan interest rate release produced one wild candle that hunted stops of many traders including myself. Despite having spot on analysis these kind of events will always get out of hands in case safety measures are not included in trading plan.

Two more setups started coming into the hands last week as Cypher pattern on AUD/CAD pair started moving in anticipated direction after quite some time of hesitancy as well as bullish setup on EUR/USD just completed before the weekend giving me the fill around 1.283's area. There is still good chance to get involved in this setup in case of market opening higher and not breaching that level after the weekend.

As of the next week it will not lack of trading ideas for sure. French index CAC40 heading towards AB=CD pattern completion on 4 hrs chart. Some traders might also see Gartleys pattern there, however the fibonacci ratios are out of sync with this setup therefore in my book will be taking this signal as AB=CD pattern completing at minor resistance level . 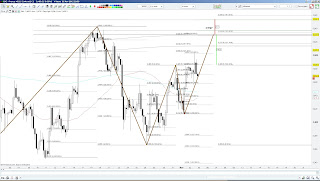 South African ALSI 40 index has broken latest resistance level last week and is close to complete 3 drives pattern around 33670's area. This is very much counter trend setup that includes increased risk, therefore the size of position has to be chosen carefully on this signal in case trader can afford to get involved. 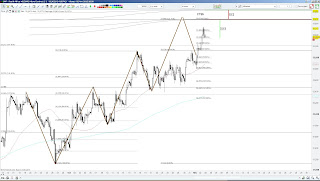 Will finalize this rather short preview with potential setup on GOLD (XAUUSD), that may be attractive to more short term traders. At the end of last week area around 1675's was tested where 1.271 fib extension lines up with minor support area. Very likely to see at least temporary pullback north from there. Again this is not an opportunity for more cautious or conservative traders due to the fact that this market is in downtrend and the potential of the pullback north looks very limited at the moment. 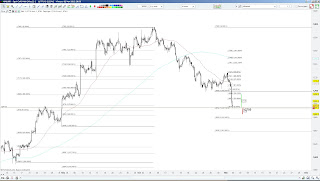 Have  a profitable week traders!