Will the BIG banks lead us lower?

What followed was an immediate, hard, and fast sell-off spike down beneath 20 (August 24th mini-flash crash), and recovery to current overhead supply.

From there, we'll see if there's enough juice to move XLF back up to form a Gartley pattern between 30.99 and 31.24 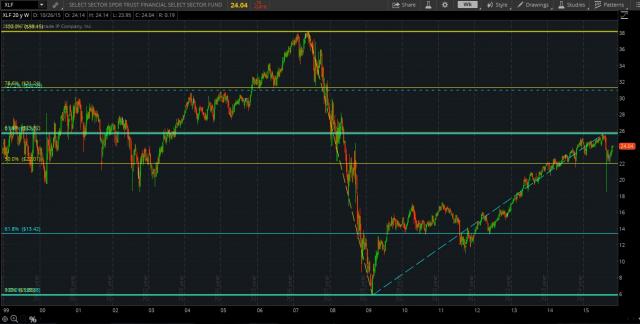