To me, going below the red zone again seems far from impossible at this point
If it happens that would make me think about a long term bottoming pattern in some kind of very slow double bottom (few $ higher or lower than the previous bottom)
A structure similar to the january february bottom but at a much larger scale (fractal markets) 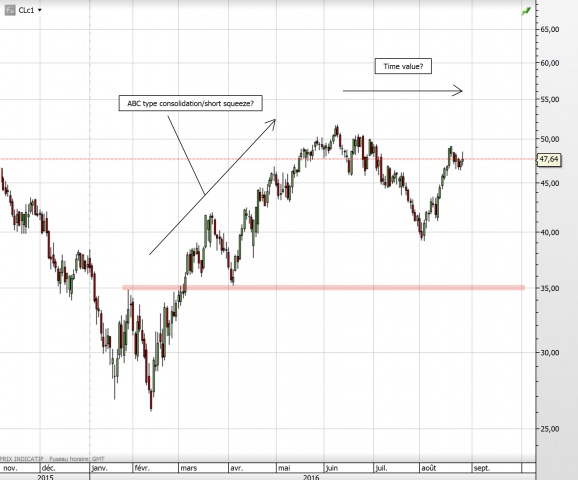 Bi-Polar-Bear
isn't that what the market does? operate in such a manner until the majority are convinced something can not happen, then it makes it happen. 8/28/16

Silver Singularity
Markets are like water going from mountains to the sea
They always take the path of least resistance!
Sometimes for fundamental reasons sometimes for technical reasons but there's always logic even if it can be hard to understand it 8/28/16

Silver Singularity
For example, of too much people (critical mass) are convinced markets can't crash and act accordingly, there's a very high probability that it's gonna happen 8/28/16