My PRIMARY view on /cl direction.

Yes, we'll nearly revisit the lows from early 2009, if the technical analysis of the bear wedge break on the monthly /cl (continuous) chart holds.

One key factor between /dx & /cl is that /dx broke above its wedge-line resistance on the monthly chart one month AHEAD of /cl breaking down out of its wedge support (Sept. 2014 for /dx vs. Oct. 2014 for /cl). This indicates that if the Yen cycle holds for 2015, oil's bottom should occur about one-month after the dollar does. 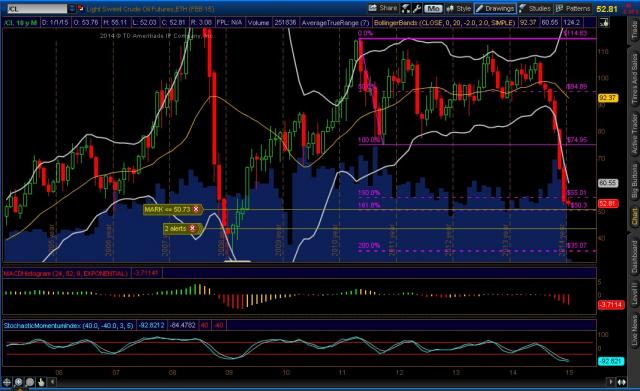