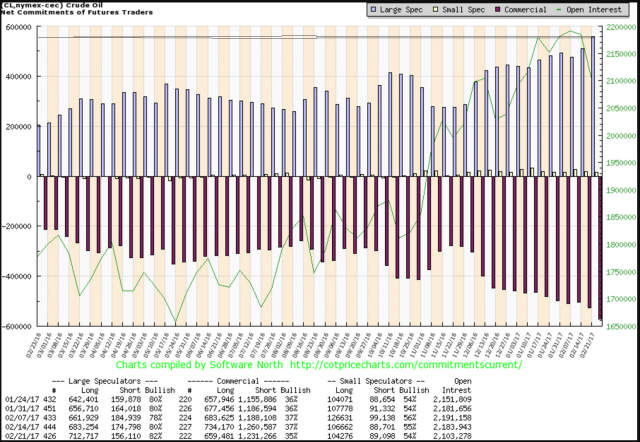 Holy Hand Grenade
So this is suggesting that commercial E&P is short, i.e. hedged, while large speculators remain long in record levels?
I don't really trade oil, but isn't it fair to assume that the commercial hedging is "smarter" than the large speculators?
Why do you say there is a risk of catastrophe? I think it just argues for a large move in either direction, especially since the OVX seems low..... 3/1/17
...