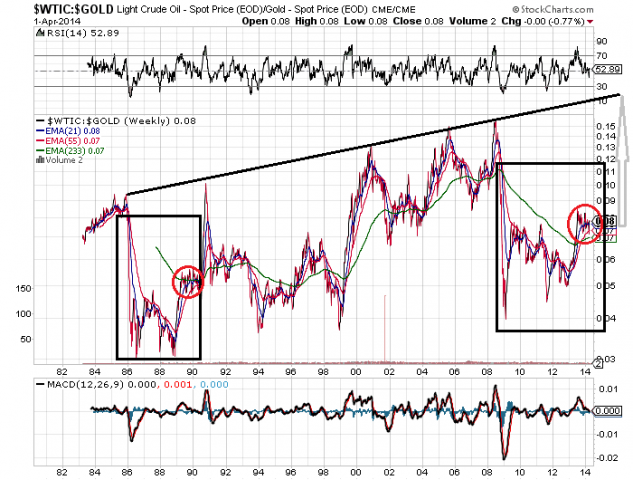 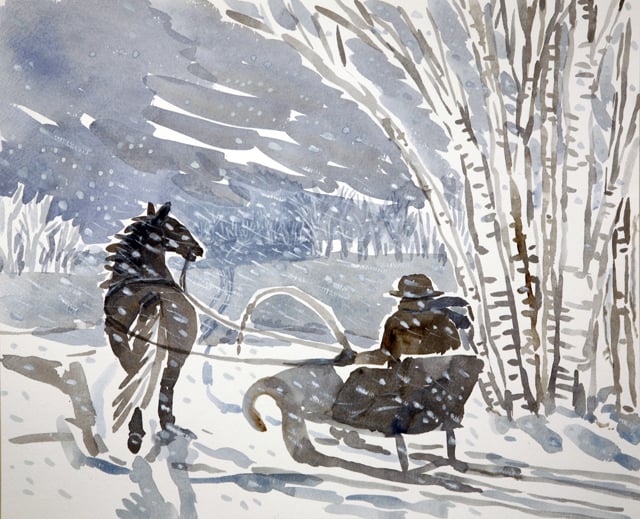 fiboman
There is a striking similarity of the oil price(in gold ounces) behavior between 1985-1990 and 2009-2014.
In both circumstances oil had a huge drop then formed a bottom and then had a run towards 233 weeks exponential moving average where it formed a bull flag(red circle).In 1991 as you can recall it was the strike on Iraq that caused a spike in oil price.
We believe that we are now at a similar bull flag and that oil price is about to move significantly higher sometime probably in early next year.