View: TraderFeed: Who Has the Upper Hand in the Stock Market: Buyers or...

TraderFeed: Who Has the Upper Hand in the Stock Market: Buyers or...

Who Has the Upper Hand in the Stock Market: Buyers or Sellers? 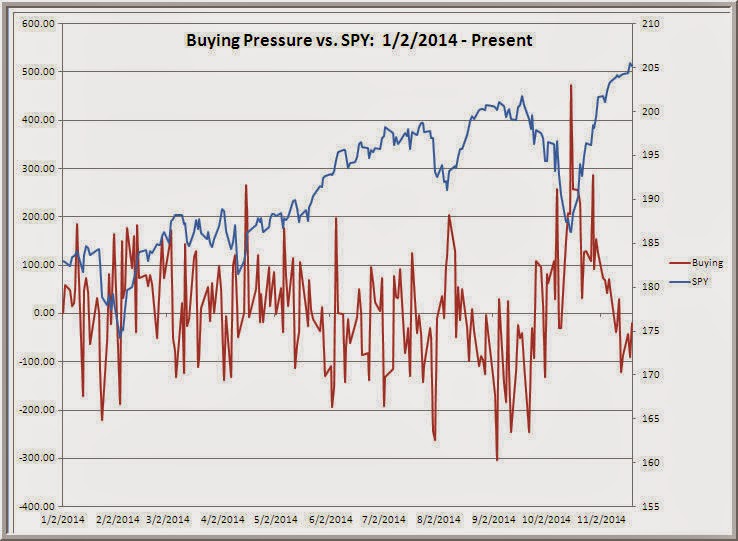 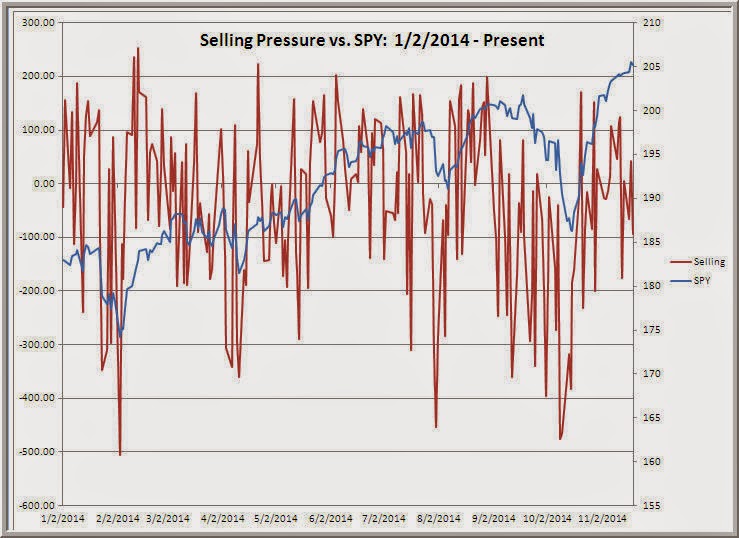 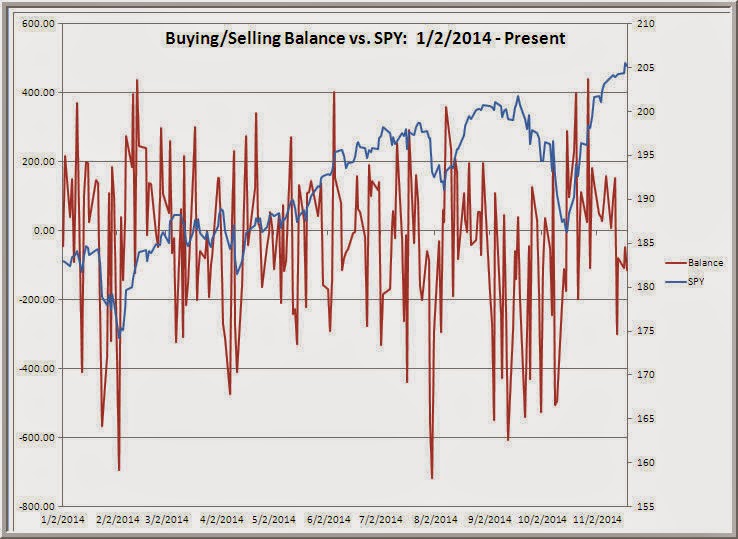 The recent post noted that we've been seeing diminished strength in the stock market rally.  As earlier this year, a big part of the weakened breadth has come from smaller cap shares.  Above are three charts that track market strength and weakness in a unique way.  This is based on work that I introduced in August and have since refined significantly.  It is a proprietary measure that assesses the number of stocks within the NYSE universe that are trading on upticks (buying pressure) versus the number of stocks trading on downticks (selling pressure).  The balance measure (bottom chart) represents the difference between buying and selling activity.

Please note that each chart is normed so that zero represents an average level of buying, selling, and balance going back to 2012.  When we see buying pressure above zero, that represents above average buying activity.  When we see selling pressure below zero, that represents selling activity that is greater than average.  When the balance measure is above zero, we have an above average net level of buying relative to selling. It turns out that buying and selling are not flip sides of the same coin.  During 2014, daily buying pressure has correlated with daily selling pressure by -.33.  That means that only a little over 10% of the variance in selling can be explained by buying activity and vice versa.  A market in which buying is getting weaker is not necessarily one in which selling is expanding--and that turns out to be important for understanding where we're at in market cycles. As you can see from the top chart, buying pressure typically ramps up as markets are making intermediate-term lows, as we see longer timeframe participants scoop up bargains.  That increased buying continues early in the cycle's rise, as the market moves higher on strong upside momentum.  As the cycle matures, we see diminished buying pressure, with buying actually turning negative (below average) during the topping phase of the cycle.  This was very evident during the topping processes of July and September.  Note that buying pressure started very strong out of the October lows and most recently has turned negative (below average).  This is an indication that the current cycle is in a mature phase.  In itself, it is not predictive of the kinds of drops we had in August or October, however. When we turn to the middle chart, we can see that selling pressure is most extreme at market lows as we'd expect and then dries up during the early part of intermediate-term cycle rallies.  As the cycle matures, we see selling pressure pick up, as an increasing number of participants take advantage of high prices.  Note how selling pressure picked up meaningfully during the July and September topping phases.  Most recently, we've seen selling pressure pick up (below zero; more selling than average), though not to the degree that we saw prior to the recent market corrections. Finally, the bottom chart integrates the two and shows how the balance between buying and selling evolves over time.  The balance is very much skewed toward buying early in the rising phase of a market cycle and then turns negative as the market tops out.  Note that we have turned negative on balance in recent trading sessions, though again not to the level seen at recent market peaks.  If we are indeed in the topping phase of a market cycle, this waning of buying and expansion of selling should continue, eventually leading to an inability of buyers to push index prices to fresh highs.