View: Grammar, a Victim in the Office - WSJ.com

Grammar, a Victim in the Office - WSJ.com

This is for Tim

"I cringe every time I hear" people misuse "is" for "are," Mr. Silver says. The company's chief operations officer, Mr. Silver also hammers interns to stop peppering sentences with "like." For years, he imposed a 25-cent fine on new hires for each offense. "I am losing the battle," he says. 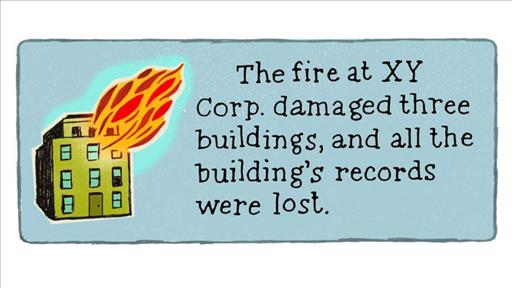 Employers say the grammar skills of people they hire are getting worse, a recent survey shows. But language is evolving so fast that old rules of usage are eroding. Sue Shellenbarger has details on Lunch Break. Illustration: John S. Dykes.

Managers are fighting an epidemic of grammar gaffes in the workplace. Many of them attribute slipping skills to the informality of email, texting and Twitter where slang and shortcuts are common. Such looseness with language can create bad impressions with clients, ruin marketing materials and cause communications errors, many managers say.

There's no easy fix. Some bosses and co-workers step in to correct mistakes, while others consult business-grammar guides for help. In a survey conducted earlier this year, about 45% of 430 employers said they were increasing employee-training programs to improve employees' grammar and other skills, according to the Society for Human Resource Management and AARP.

Take a quiz to test your skills. 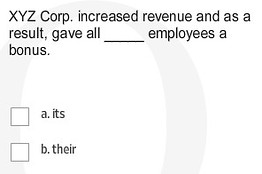 "I'm shocked at the rampant illiteracy" on Twitter, says Bryan A. Garner, author of "Garner's Modern American Usage" and president of LawProse, a Dallas training and consulting firm. He has compiled a list of 30 examples of "uneducated English," such as saying "I could care less," instead of "I couldn't care less," or, "He expected Helen and I to help him," instead of "Helen and me."

Leslie Ferrier says she was aghast at letters employees were sending to customers at a Jersey City, N.J., hair- and skin-product marketer when she joined the firm in 2009. The letters included grammar and style mistakes and were written "as if they were speaking to a friend," says Ms. Ferrier, a human-resources executive. She had employees use templates to eliminate mistakes and started training programs in business writing.

Most participants in the Society for Human Resource Management-AARP survey blame younger workers for the skills gap. Tamara Erickson, an author and consultant on generational issues, says the problem isn't a lack of skill among 20- and 30-somethings. Accustomed to texting and social networking, "they've developed a new norm," Ms. Erickson says.

At RescueTime, for example, grammar rules have never come up. At the Seattle-based maker of personal-productivity software, most employees are in their 30s. Sincerity and clarity expressed in "140 characters and sound bytes" are seen as hallmarks of good communication—not "the king's grammar," says Jason Grimes, 38, vice president of product marketing. "Those who can be sincere, and still text and Twitter and communicate on Facebook—those are the ones who are going to succeed."

Patricia T. O'Conner, author of a humorous guidebook for people who struggle with grammar, fields workplace disputes on a blog she cowrites, Grammarphobia. "These disagreements can get pretty contentious," Ms. O'Conner says. One employee complained that his boss ordered him to make a memo read, "for John and I," rather than the correct usage, "for John and me," Ms. O'Conner says.

In workplace-training programs run by Jack Appleman, a Monroe, N.Y., corporate writing instructor, "people are banging the table," yelling or high-fiving each other during grammar contests he stages, he says. "People get passionate about grammar," says Mr. Appleman, author of a book on business writing.

Christopher Telano, chief internal auditor at the New York City Health and Hospitals Corp., has employees circulate their reports to co-workers to review for accuracy and grammar, he says. He coaches auditors to use action verbs such as "verify" and "confirm" and tells them to write below a 12th-grade reading level so it can be easily understood.

Mr. Garner, the usage expert, requires all job applicants at his nine-employee firm—including people who just want to pack boxes—to pass spelling and grammar tests before he will hire them. And he requires employees to have at least two other people copy-edit and make corrections to every important email and letter that goes out.

A version of this article appeared June 20, 2012, on page D1 in the U.S. edition of The Wall Street Journal, with the headline: This Embarrasses You and I*.

Skypilot
Maybe it's time to add a job requirement that the candidate must demonstrate good grammar. 6/21/12
...