@DaButcher he so funny too (Asian speak :-)

@MS if "war is shits", why are the GOP including you, Chump and a host of others encouraging WWIII ???? (@MS - You do say the dumbest things, POTUS to 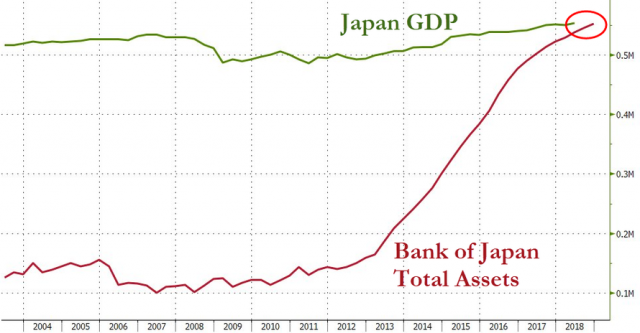 mdatkins
Prob ably 100 million...
charts in millions of units of millions, reminds me of Bresciani-Turroni's book on Weimar
12/9/18

bizfix
What does this chart show? I understand it means the bank owns the equivalent of Japan's GDP but how does that relate to the economy, or whatever it is supposed to relate to. 12/9/18
...