No more pretty bearish forecasts, just an honest look at a long term RUT chart. If you step back and look at a 15 year weekly chart on $RUT, I can make one bearish case. The 2014 topping structure on the Russell is largely moot at this point, as we did not see large weakness under 1080. Quite the contrary, we reversed back sharply higher, and are a whisker away from the highs again. With that said, damage has been done. Two noteable trendline should act as resistance here, if we are to see any bearish price action. The trendline off the 2009 low was broken with the Sept/Oct selloff, and remains broken. Also the long term megaphone pattern on the Russell remains as resistance. The convergence of those two lines is shown circled. If we are able to fall away from this backtest, I can make a legitimate bearish case. If we break through these lines, on to new highs, the appropriate response would be to get long the Russell with a stop at the former highs. Also of note, the Sept/Oct selloff also broke th 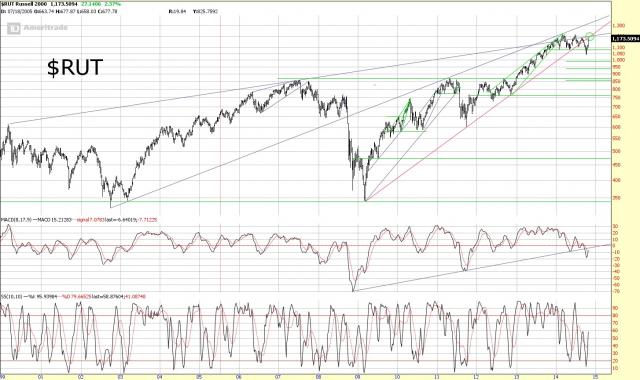 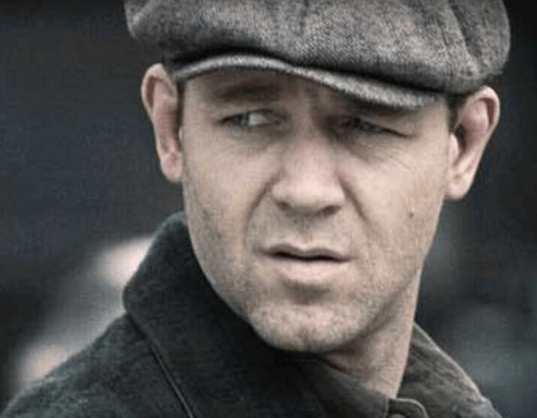