@Dink, that's why I think that in 10 years SPY will be much higher and that it won't be the only thing!
Stock market also represents the fall of the dollar (inflation) in his price.

That's why I'll probably never be bearish more than few weeks/months and that IMO the bull market is far from over (I'm a big bear right now)
But the market can collapse against gold (real money) or other assets like in 1971-1980
See the economic cycle here? (paper assets/real assets) 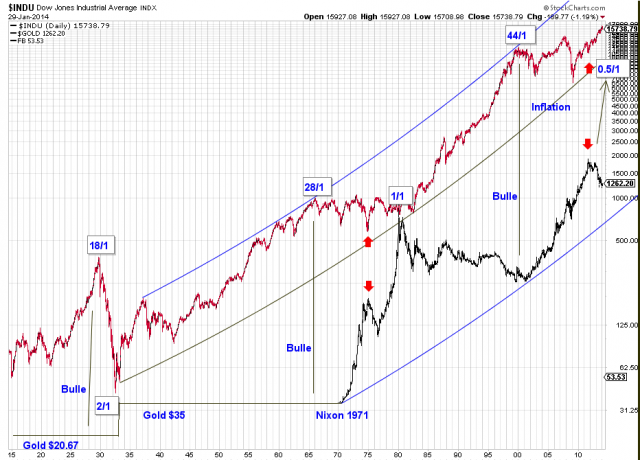 Silver Singularity
Btw Dink,
Here is a technical analysis that explain the 2009 bottom in a logarithmic chart ;) 9/3/16