Last month, on July 13, I did an important post about an analog I was seeing with the market – – the Russell 2000 in particular – – which called for an explosive final move higher. The data points I was observing were labeled 17 and 18 (that is, with 18 being the final high), and in my post I wrote:

Well, we are definitely higher since I did that post (and this bear is definitely in a grim mindset, as alluded to above), and with lifetime highs (again) today on most indexes, the bulls are still firmly in control. Of course, the crossing of 1700 on the S&P 500 is great headline fodder, and looking at index charts, they don’t exactly scream “shorting opportunity”: 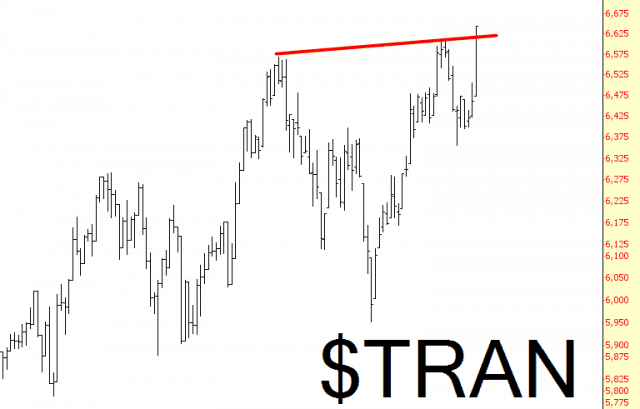 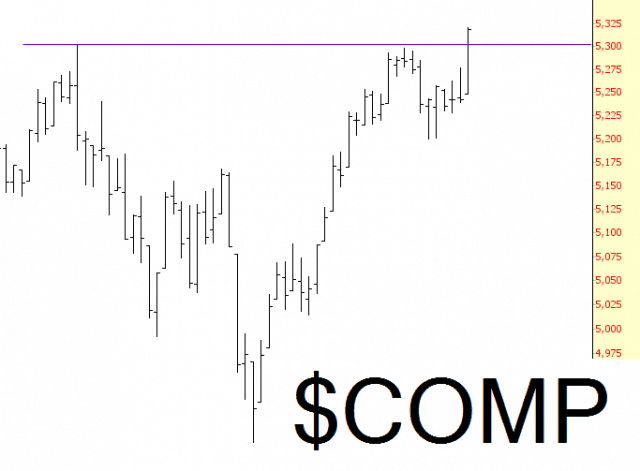 As I mentioned last night, I have resorted to cowering at a 50% commitment level. There are pieces of weakness here and there – gold and bonds, for example – but it’s quite obvious that the bid beneath stocks isn’t going away. It’ll be interesting to see if the specific target on the Russell I gave my Slope+ readers back on July 13 pans out. We’re not there yet.