The ascent since March 2009 has been pretty much straight-up. I was looking at the long term monthly history of the index, and the only other occurence I see of this kind of behavior in the nearly 100 years I looked at was in the last six years of the prior century.

Simply stated, the almost-straight-up bull run in the past ran from December 1994 to March 2000. That’s less than six years (64 months, to be exact). The almost-straight-up market we’re currently in has been raging for……….65 months. How about that! Here’s the chart (which, as always, you can click for a bigger version). I’ve also tinted a couple of mildly-interesting parallels along the way. 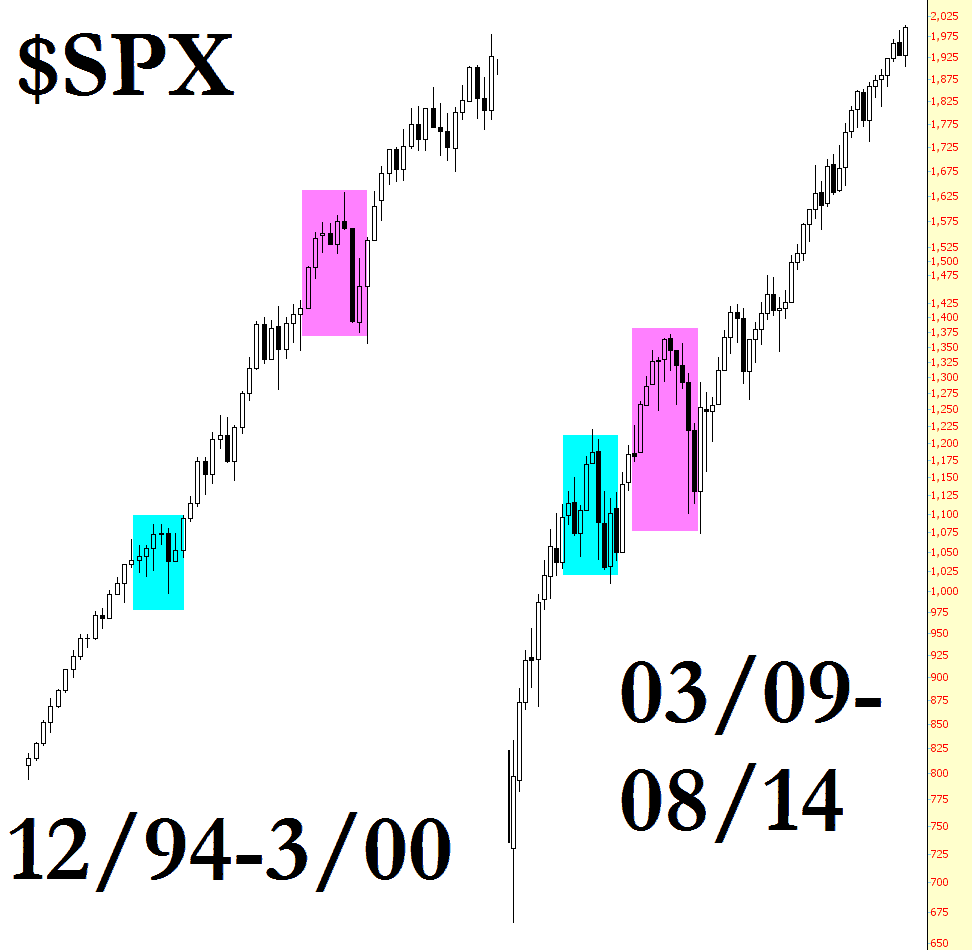 The obvious conclusion? Buy everything you can! Yellen’s got your back!