All I wanted was to sing to God. He gave me that longing… and then made me mute. Why? Tell me that. If he didn’t want me to praise him with music, why implant the desire? Like a lust in my body! And then deny me the talent?

This will be the most personal post I’ve ever written in nearly thirteen years of doing this blog. Indeed, I’ve been debating with myself whether I should ever do this post. There are people I know will read it whom I’d prefer not be aware of these thoughts. It would be much easier, as well as risk-free, to simply yammer on about some stupid chart or something. For whatever reason, however, I feel compelled to express myself.

On occasion, I’ll encounter people that will tell me they enjoy my writing, and I secretly cringe upon hearing this. Working alone as I do, I prefer to pretend no one out there is reading what I write or listening to what I say. That’s very liberating for me, and although I have consistently tried to keep what I write and utter to adhere to some basic decorum – – and, importantly, while I have drawn a thick red line separately what I will or won’t talk about from my personal life – – there are times such as this where I get uncomfortably close to sharing thoughts that are deeply personal and, in some ways, painful. There are still broad areas of my personal life that I’ve never discussed here, and this post isn’t going to change that.

When I was a kid, I liked going to the Radio Shack store. We didn’t have much money, but from time to time, I’d be able to buy one of the inexpensive “P Kits” they sold, which was basically a small breadboard with a few resistors, LEDs, and such, and there was some ready-made project like a noise maker or radio. A typical complete P Kit would look like this:

My attempts to put them together never worked out, though. For one thing, I was lousy at soldering – – absolutely terrible – – and many a P Kit went unfinished. I didn’t know what I was doing, and I never took the time to try to learn. I just didn’t have it in me.

A little later on, I got one of those “100 in 1” sets, which were more suitable for retards like myself. There was no soldering – – there were just little springs you could insert wires into, and there was a manual with a bunch of easy projects. I was able to get these to work (any moron could), but I confess I didn’t really study as to why it worked the way it did. I just wanted to get it to function, and then I was through. I never really learned anything at all about electronics. 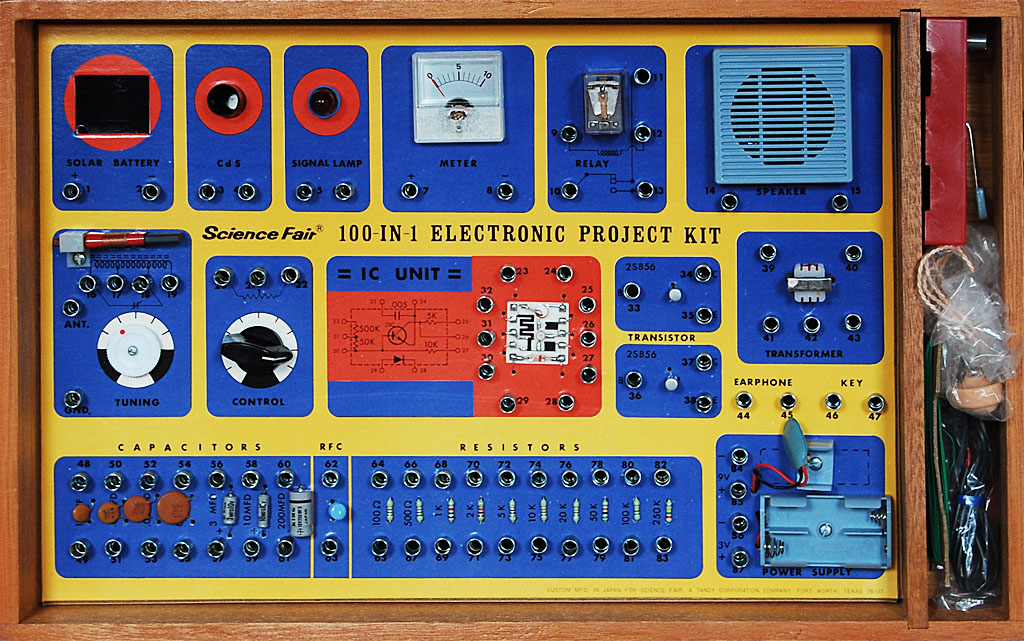 After that, Radio Shack came out with their so-called Digital Computer Kit (about which I wrote a very extensive post a few years ago). This, too, was a total failure on my part. It was complicated, and I didn’t have the dexterity or patience to assemble it right. I didn’t complete it, and obviously I never got it to do anything.

So why all this talk about my failed attempts with simple electronics? I’ll come back to that.

Fast forward many years. It is the late 1990s. My parents are visiting me and my wife. During dinner, out of the middle of nowhere, my mother looks at me and says, “Tim, don’t you wish you had founded Yahoo?”

On the surface, the question is preposterous. It’s like asking someone if they wish they had been the first man on the moon or had been a founding father of the United States. We can all fantasize about how great it would be to be some esteemed person or role, but I had honestly never been asked a question like that by anyone.

It was also a hurtful question to hear. It was infused with motherly disappointment, and although I was well into adulthood, it still stung. It stings to this day, even though it’s been many years since it happened.

I can somewhat understand that, from her naive (very naive) point of view, if someone had any ambition at all in the Silicon Valley, they would naturally start something successful. I, alas, was not among them, in spite of being very early on in the world of computers. Little did she realize the odds of making it big in this valley are equal to the odds of one of the hundreds of thousands of aspiring actors that show up in Hollywood becoming Tom Hanks.

What she didn’t understand is how badly I had wanted to be part of something great like that. Ever since the early 1980s, when I eagerly read about the stories of all the early computer entrepreneurs, I craved to be one of them. Adam Osborne, Nolan Bushnell, Steve Jobs, Bill Millard – – I read all their stories, and I ached with every part of my body to be in that club. It was my only dream, and a very powerful driving force. 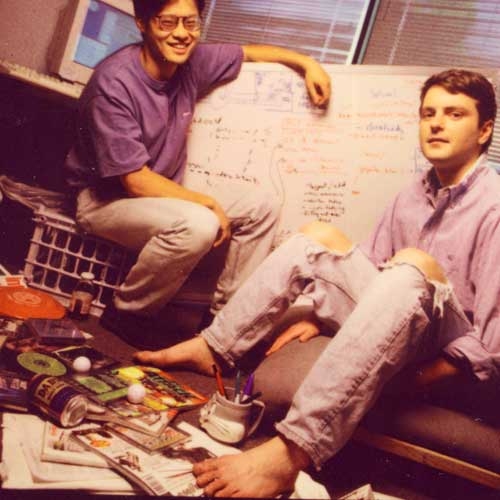 What you might find hard to believe is that it had almost nothing to do with money. It had to do, for lack of a better term, with a desire to be swept up by something. It all seemed like it would be so thrilling to be caught up in the chaos, fervor, and excitement of a new idea that was growing fast and grabbing the world’s attention. Long hours. Late nights. That was for me.

Of course, I didn’t start Yahoo, Google, America Online, or anything else of import. The only company I ever started was tiny little Prophet, which never got bigger than 25 people. It had its little successes here and there, and its share of camaraderie, but whereas I wanted to enjoy a gigantic bundt cake, I found myself trying to be content with a couple of stale crumbs. 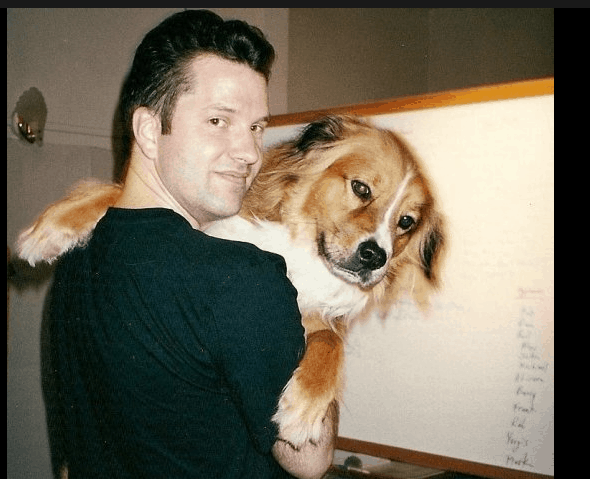 Neither a Failure Nor Success

As the years passed, I used to torment myself for my lack of success. I wondered what was wrong with me, what opportunities I had overlooked, or where I had gone wrong.

Sure, I wasn’t a complete washout. I had a beautiful family, enough money to get by, and a decent house. However, my childhood dreams of being someone big never materialized, and my mother’s needling question stayed at the back of my mind, tormenting me.

Having dwelled on it for a very long time, it occurred to me not that terribly long ago the truth of the situation, and it is this: I should never have been a success in the first place. I didn’t deserve it. Period.

And this isn’t a moral judgment. It is simple a statement of fact: there was very little that was special about me.

Think back to to the P Kit, and the 100-in-1 set, and the Digital Computer. Think also back, although I haven’t described it here, to all the computer languages I tried to learn, all the code I tried to write, and all the programs I tried to create. None of them were very good. It was all a struggle. None of it came naturally. The only thing I could do was write, and even that wasn’t particularly special.

And that understanding……….the acceptance of my own shortcomings and inadequacies……was more liberating than anything else before. Because  I finally realized the actual truth: I never had the talent to merit success in the first place. In short, meritocracy had actually worked.

You can understand now perhaps why I wasn’t eager to share these feelings. I don’t like to trumpet my own inadequacy. I still want so badly to be perceived as someone who is at least a little beyond normal. But, one evening during a swim, this entire confession came to me, and I felt driven to share it, for better or worse. Probably worse.

Perhaps my offspring will instead do great things with their own lives. Or maybe not. That’s up to them. For myself, I accept that my lack of innate greatness has led to a just consequence.