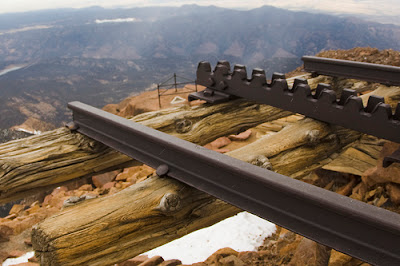 I don't know about you, but I've had just about enough.  I can only say that my frustration level in the last two weeks has been the highest in well, ever.  I basically hit the tipping point where I was ready to do many drastic things because I was tired and exasperated that reality had been suspended longer than any time period I would have expected or imagined.  What am I talking about?  Well, you see I have been brought to the breaking point by the fact that our markets have rallied and rallied and rallied while our world financial system has addressed absolutely none of the issues that created the original financial crisis in the first place.  Despite my many long purchases over the last two years, I have never once believed that things were all better and truthfully I still wake almost every morning and check the markets immediately to see that our futures markets would show us down 500 or 1000 Dow points or more.  Well, those days haven't materialized very often lately and I've had to say too often, I'm going to hold my nose and buy.  Why am I writing this now?

RATINGS AGENCIES DO A HIT JOB (ITALIAN STYLE)
I'm writing this bearish confession I guess because I can't hold it in anymore.  Although it is obvious to readers that I've had a bearish leaning, I just can't express enough how badly we have attempted to paper over our mess.  Central bankers around the world have simply traded all the excessive credit on company balance sheets and transferred them to government or sovereign debt issues.  In the world monetary system the only thing we accomplished two years ago was to move the ticking debt bomb from the left pocket (private) to the right pocket (public tax-payer obligations).  While the USA has been the largest player in the use of that strategy, the ECB has been at work simply hiding and ignoring excessive debt problems within the EU zone.  We all know that Greece has received all the blame, but the reality is that all of these countries have created ponzi-schemes that were doomed to fail from the beginning.  Greece is simply the country that has reached there first.

Greece's small size has been one of the key reasons that the ECB and IMF have been able to extend and pretend and push these debt issues out farther than I anticipated.  If Greece were a bit larger or actually created something besides more pensioners we'd already been hitting critical mass.  However, last year during the first warning shot, the Europeans were able to play like the problems had been addressed and everyone gratefully carried on and witnessed an amazing comeback in equity markets as the world celebrated the genius of our financial maestros.  Unfortunately, there are larger Greece's that we've been talking about for some time.  I've often mentioned Portugal, Spain, and Italy since Feb 2010 and now it seems like the problem is just too big to ignore.  Just as the ECB and EU are struggling to get the Greek situation all taken care of, Italy has come under significant pressure from the one place we hadn't expected any real responsible analysis…..the rating agencies.  A couple of weeks ago Moody's announced that it was putting Italian sovereign bonds on the list for potential downgrade, (please note you of course wouldn't want to actually downgrade them).  While the warning was bad enough, what really rocked the financial world was that because of the large amounts of domestically held Italian bonds, 16 Italian banks that held those bonds were also subject to potential downgrade.  A couple of these banks are systematically important and connected with others in the EU to cause serious problems.  Uh oh.

So, once again we are back to square one where this bank could face trouble and if it goes down another goes down which kills this other one.  Through the use of extraordinary measures and suspension of rules and lack of regulation of the CDS markets we have managed to find ourselves and the world right back in the midst of another event.  The central bank leadership including the IMF don't have enough money to begin bankrolling a fix for an issue the size of Italy. Having said all of that, we are very close to the end of the line.  The end of the line is the place where EU membership falls apart, heroic measures are instituted and they fail, and our financial systems are blasted.  We have done nothing to slow down this train and we have only done more to harm ourselves in the process and made the inevitable collision more traumatic.

SO IS THE COLLAPSE HERE?
Of course it isn't the end, but you can put a big "X" on your calendar on Friday, June 23rd to mark the day where the wheels began to fall off again.  We've already seen the ECB float the idea that it would buy back bonds from troubled countries, also that it would ignore rating agency ratings, and we've seen Italy demand lists of investors that are short Italian bonds.  We will see liquidity injections by the IMF (17% by the USA of course), we'll see suspension of laws, and we'll see the FED send out emergency swap lines and liquidity to save the world.  We'll even see Europe's heroic knight, the Chinese, kick in substantial funds to buy bonds outright.  Unfortunately, it won't work; the jig is up – sort of.

EUROPEAN DRAMA ON A GLOBAL STAGE
Crazy as this may seem I'm more afraid to trade now than I was when I was freaked out and near the point of hanging up my options trading account password.  The reason I say this is that now we can be certain that there will be no rules left standing in the way of the end result of sweeping these messes under the carpet, no matter the cost.  Threatening and bribery of rating agencies, suspension of laws, and outright theft of public funds are actions that I can guarantee that we'll see over the course of the next months.  We will see massive printing of funds to create enough money to buy these troubled assets.  This all means that we will see scary dives and euphoric rocket launches and volatility like we haven't seen in quite a while.  Oddly enough, we are going to see all of this theater against the backdrop of US earnings which will probably be better than most bears think.  I think companies posting decent results will make this such an interesting reporting period yet it may be overshadowed by the drama playing out across the pond, this will make it difficult to trade longs or short.

VALUE-LESS PAPER CAN BE VALUED AT ANY AMOUNT
Remember, our currencies are simply made up things. In the past, Indians traded hides because they had value.  The Euro has value because we all agree there is value there.  Back in the midst of the financial meltdown, our Fed and the FASB simply stated that all the worthless mortgages on bank's balance sheets were going to classified as "held to maturity" relieving them of the obligation to find a real price for these bonds.  How could they do this?  Because these debts are made up pieces of paper based on a fictional value of made up paper.  Essentially everyone with financial power in the world colluded and came to an understanding that the mortgage paper had a new value of par and with the wave of an imaginary wand, all things were made whole.  Now in reality we know this isn't true, but it doesn't matter.  I remind you of all of these steps because if you don't understand this and if you don't remember this you will end up frustrated and near the breaking point just like I was a week or two ago.

Does it change the fact that the exponential growth of world debt is beyond the control of anyone?  Does it mean that there won't be some sort of breakdown in the future where the Euro implodes or the dollar falls apart?  No, not at all.  But it does mean that we need to keep in mind that no matter how bad it gets there will be only one response by those in charge of managing the mess, it will be to press on!  European leaders will buy loads of debt issued by insolvent countries, the Fed will buy US treasuries, China will keep making loans that ultimately will never be paid back, and all of it doesn't matter.  They must do these things because if they don't continue, power and wealth will shift out of their control.  I don't know if you've ever been in a position as executive, but typically it is very hard for those that have position power and decision making power to simply leave it and lose it.  Why would we expect anything different from those making economic and financial decisions for their countries?

TRADING APPROACH
As this mess continues to heat up, I think gold will again be the un-currency.  I have been trying to buy some gold in the last couple of weeks and I had a target of $1475.  I haven't been able to get it there and we probably won't for a while.  Eurozone depositors in the PIIGS have largely shunned depositing money in domestic banks and it is believable that many of those former depositors are trusting in the anti-currency gold instead of the Euro.  Like them, I believe that gold is probably a good play here (due to fundamental issues with the debt crisis).

While there may be a big temptation to hop on to any other commodity-like hard assets, remember, a collapse of the Euro will lead to a strong dollar temporarily, meaning that if you are in the US, the dollar will rise significantly and commodities priced in dollars should also drop.  I'd stay clear.

A strong dollar probably also means dropping stocks, I enjoyed my BRK.B short (here's to you Warren) from Friday, but remember each day will be met with a huge and focused media blitz PR campaign telling us how everything is under control and how amazing the business climate is for companies and how great the earnings numbers have been.  Great company results could have an impact to really jam the indices higher and this is what makes this such a dangerous game for shorts.  We know we will have good numbers and positive conference calls AND announcement after announcement by EU officials stating that everything has been fixed.  While the longer term story may be dark, the heroin junkie stock market can only be focused on the real story for a day or two and then it is back to reaching for that drug induced high.  As I have stated, the driverless train will have a fiery and awful crash when it comes to the end of the line, the frustration is simply that we don't know when.

﻿﻿Goatmug is an investor that cares about you and your family.  Please visit Goatmug and share your comments at http://www.goatmug.blogspot.com/
https://slopeofhope.com/2011/07/its-the-end-of-the-line-kid-by-goatmug.html
It’s The End Of The Line Kid (by Goatmug)