"History doesn't repeat itself, but it does rhyme." – Mark Twain

A little fun chart based on the 187(gangster code for murder) exponential monthly moving average.

The 70s were a period of stagflation similar to what we have now…. which also led to a gold spike in the 80s as well as interest rates spiking.

First the market tops out in 1968(2000) and we pull back to the 187 monthly EMA but never close below it and then start the next cyclical bull. 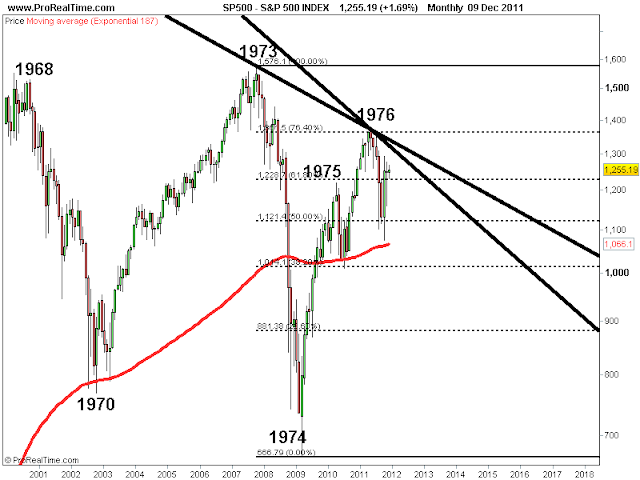 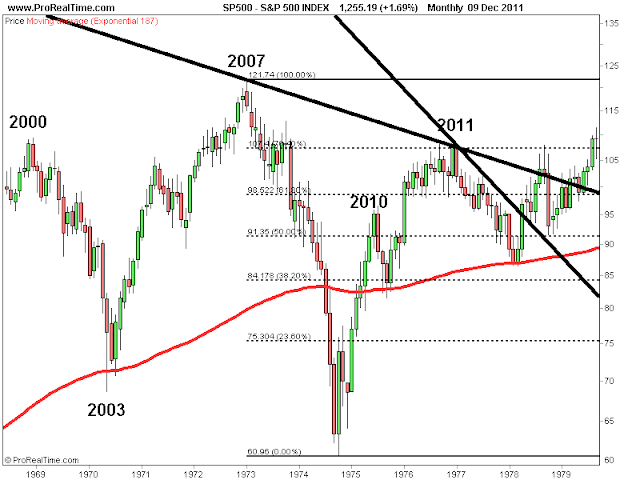 Marc Faber in an interview pointed out that during the 73-75 recession people thought and acted as though the world was going to end, quite similar to 2007-09. Is it different this time? Or will history just end up rhyming?