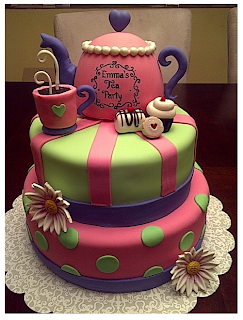 Have the markets started building 2012's chocolate cake for a bullish Christmas tea party? Let's see what foundations have been prepared for the first layer, so far, in January. The following charts and graphs will help me to illustrate this possible scenario.

I'll take a look at these charts and graphs on a
weekly basis to give me an idea
where we may be in the assembly of this chocolate fantasy.

The problem with this analogy is that now I really want a piece of cake!

The chart and histogram graph below show a percentage comparison of price action from January 3rd to today's close of the Major Indices, the high dividend-paying stocks ETF (DVY), the Emerging Markets ETF (EEM), Gold, Oil, and Copper.

The Nasdaq 100, Russell 2000, Emerging Markets, Gold, and Copper have been strong players for the month, while the S&P 500, Dow 30 have followed suit, albeit to a lesser extent. The high dividend-paying stocks have barely budged, and Oil has dropped. 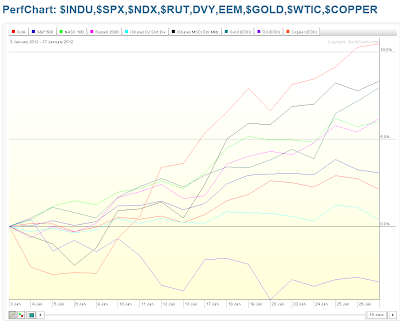 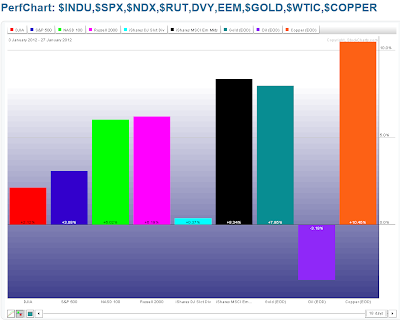 The next graph depicts percentages gained/lost during Week 1. We can see the dip that Copper made, along with Oil and EEM, while markets were buying Technology stocks and Gold. 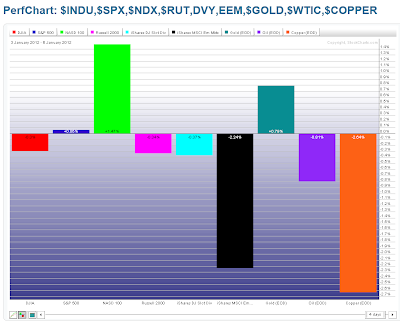 The next graph depicts percentages gained/lost during Week 2. The Copper market surged, while Oil lost further ground, and strong buying came in on EEM. There was buying in the Major Indices and Gold, some tepid buying in DVY, and continued selling in Oil. 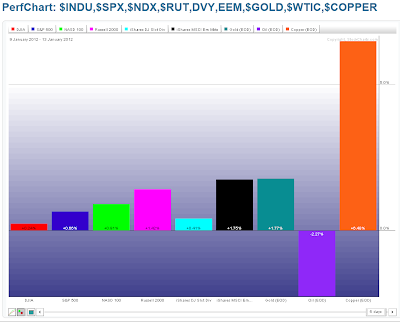 The next graph depicts percentages gained/lost during OPEX Week 3. EEM was the strongest gainer that week, followed by the Major Indices, Copper, Gold, and DVY. Oil continued its drop. 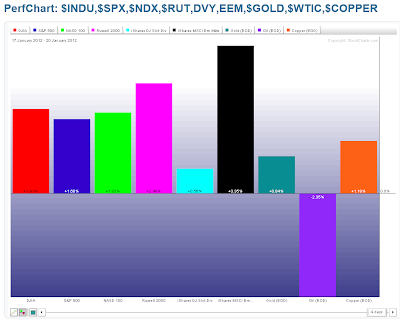 The last graph depicts percentages gained/lost during FOMC Week 4. Gold was the big winner, followed by Copper, the Russell 2000, EEM, and Technology. Oil dropped to a lesser degree, and there was profit-taking on the Dow 30, DVY, and S&P 500. 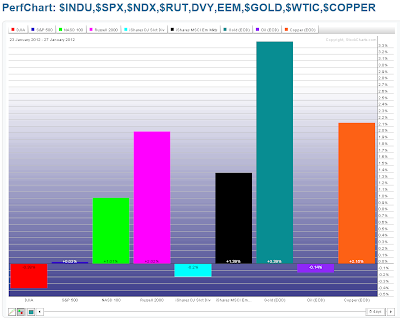 From these graphs, I would suggest that any continued strong buying in Copper, Gold, EEM, the Russell 2000, and the Nasdaq 100 would cause buying to resume in the Dow 30 and S&P 500 stocks…ones to watch over the next week(s).

The Daily chart below of Copper shows that price closed right into a confluence of price and channel resistance, but above its downtrending 200 sma (pink) (note the high volumes on this year's advance)…one to watch for risk-on leadership, in my opinion. 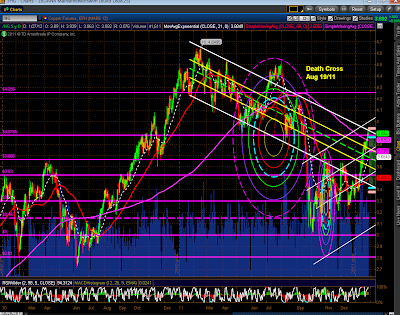 It will also be interesting to see what the markets' reactions are to this Washington Post news article. Oil is trading just below Monthly WVAP (yellow broken line) and 78.6% Fibonacci fanline confluence, but just above its 50 sma (red) and 61.8% Fibonacci retracement confluence, as shown on the Daily chart below…possibly a bull flag in the making. 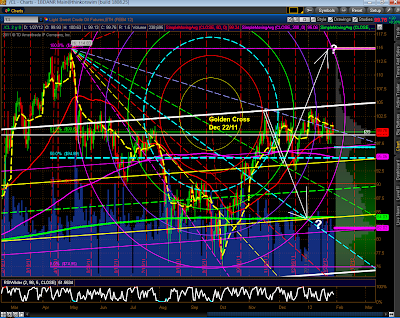 Gold has closed above a 1700 Fibonacci confluence level, as well as a confluence price level of 1733, as shown on the Daily chart below (both forming support levels). There is a lot of upside potential on this chart before price runs into further major resistance. 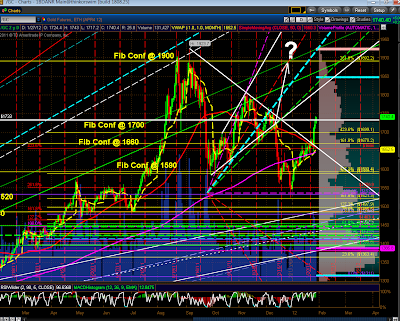 So, I'd say the markets are busy this month mixing the ingredients for the first one-third of the bottom layer of the delectable-looking cake above for bull markets to, potentially, consume by Christmas. The first layer represents Q1 of 2012, the second represents Q2, the icing represents Q3, and the tea and fairy cakes on top represent Q4. We'll see what the coming weeks whip up.