Data released today shows that consumers are buying less, but paying more, even though their personal income has risen, as shown on the three graphs below.

Consumer personal spending has been, generally, declining since it peaked in August 2011. Since "consumer spending accounts for a majority of overall economic activity, and is one of the most important gauges of economic health," it remains to be seen whether this will have any effect on the buying mindset of the equity markets that has been in play for the past couple of months. 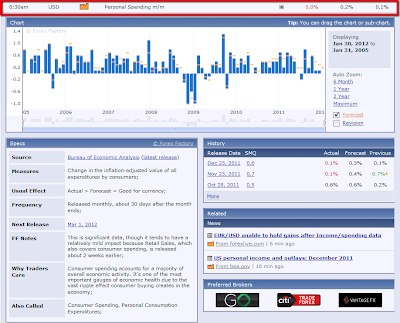 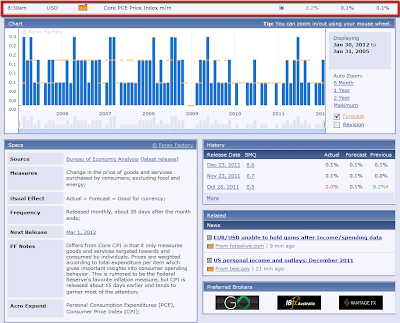 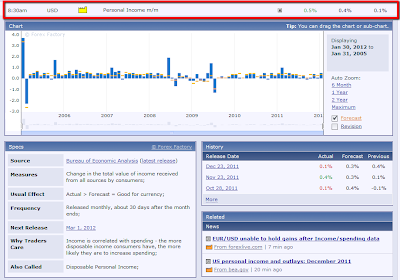