Happy New Year, everyone!  Hope everyone had a safe and fun NYE.  I am sorry I haven't been updating as much over winter break. Unlike other investors/traders, I have no target for the S&P 500 by the end of 2012. I am not even going to waste my time guessing.

After reviewing 1500+ charts (no life) ,there are cases for both bull and bear and that is why I think the Sp500 ended with the yearly Doji candlestick as well. I will still be referring to deflation/inflation scenarios as opposed to risk on/risk off as I think the markets still haven't decided what will be the real outcome.

For example usually bonds and stocks move in the same direction…but when there is a deflation spiral, bonds and stocks start moving the inverse of each other…. Some guys who have been spot on in 2011, like Hugh Hendry and Jerry Lou from Morgan Stanley called the commodity spike as a "head fake" and only time will tell if they were right.

Bearish:  We took out the 2010 low on most world indicies. USD/JPY still at resistance. There's a case for further weakness in the precious metals sector. A potential massive head and shoulder setup on some world indices with the same method I used for Sp500 in 2011. (parallel resistance) 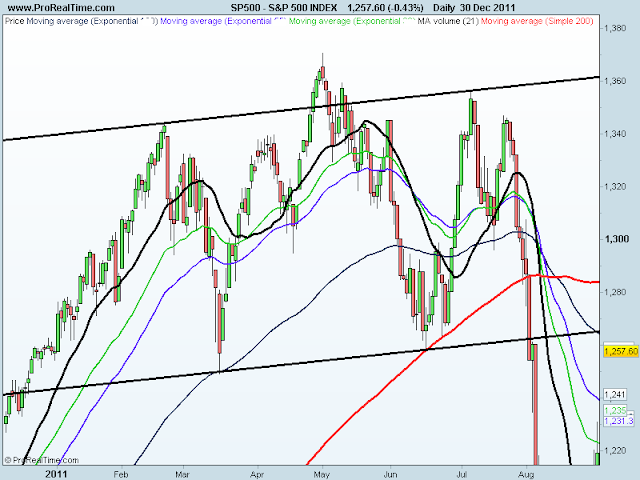 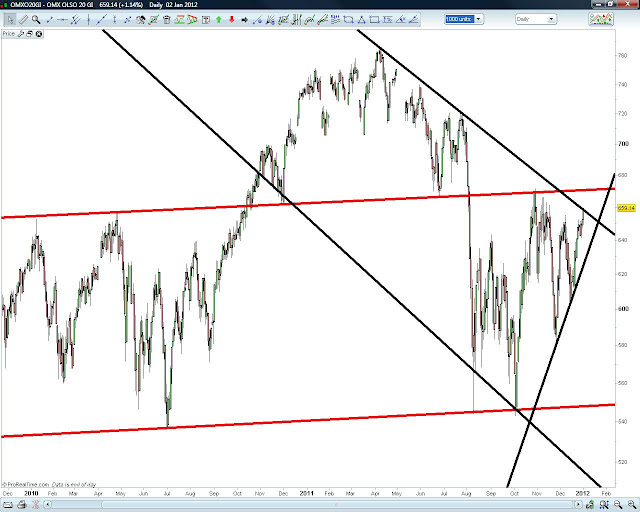 Bullish: Case for a bond market top/major resistance which could propel the inflation trade. Crude oil still looks like a long bull flag. Some world indicies have hit major support and held. 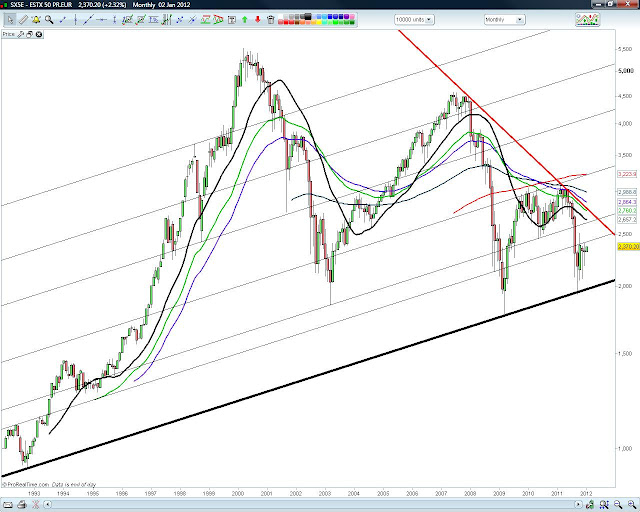 Last but not least, keep your eye on the U.S. dollar's weekly RSI. If it breaks resistance we could be getting another down leg in equities. 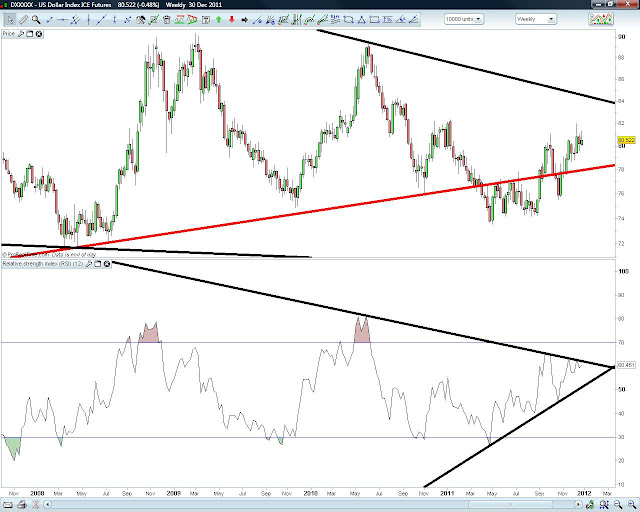 If you like this type of analysis, please visit me at http://heavenskrowinvestments.blogspot.com/