Data released on February 19th shows another monthly drop in Japan's Trade Balance. As shown on the graph below, it's at a twelve-year low and shows no signs of reversal, although the "actual" figures were slightly better than those "forecast." 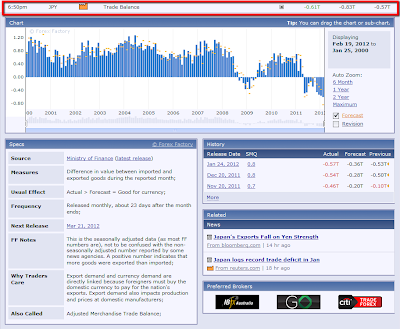 Further to my post of February 9th, Japan's Nikkei Futures Index has continued to rally (on increased volumes) and paused today and closed for a second consecutive day just above the overnight pre-market low that was made on the Monday after the earthquake in mid-March of 2011, as shown on the Daily chart below.

This index generally traded in between this level and 10000 until it plunged, along with the U.S. markets, after the U.S. credit rating downgrade in August by Standard and Poor's. In spite of three attempts, it failed to hold above the 10000 level at which it was trading before the earthquake hit. 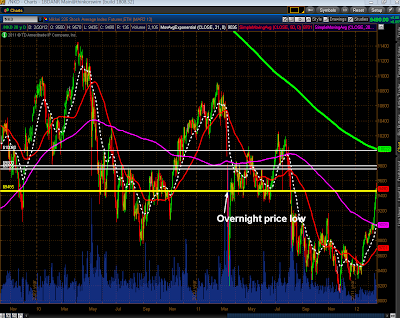 Additionally, the USD/JPY forex pair has also been rallying and paused today just below 80.00 (a level that was supposedly agreed upon by the U.S. & Japan after the earthquake (see my post of April 22nd, 2011). 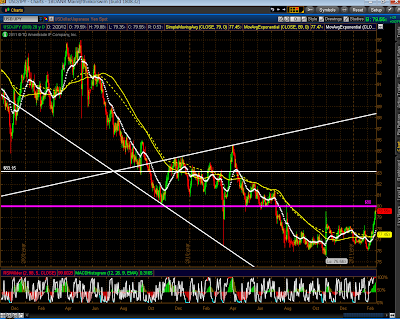 Today's Tokyo news article reports that the S&P "left its credit rating for Japanese government debt unchanged at AA-minus with a negative outlook."

Inasmuch as there is a very large negative divergence in economic data for Japan and recent market/currency movement, we're left with two important levels to be watched over the coming days/weeks relative to both to see if they can be held (maintained in the case of the Index, and, first of all reached, then maintained in the case of the currency). Whether Japan's recent enhanced monetary easing activities will actually succeed in reducing that divergence in due course remains to be seen.