Further to my last weekly market update, here is a summary of where money flow ended for Week 2 of February, 2012.

First of all, the Weekly charts below of YM, ES, NQ & TF show that the week ended with some profit-taking after an attempt at a further rally. I would suggest that the lows of this past week's candles are important support levels to watch, for the following reasons. 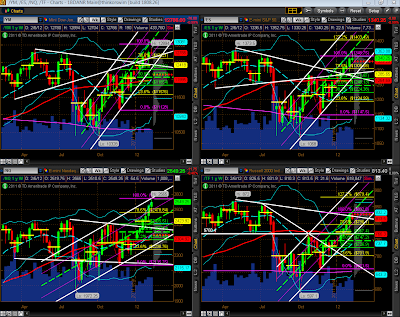 The three Daily charts below show that Stocks Above 20-Day, 50-Day, and 200-Day Averages pulled back to near-term support levels…important ones to watch over the coming days/weeks. 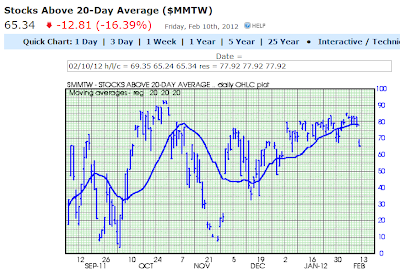 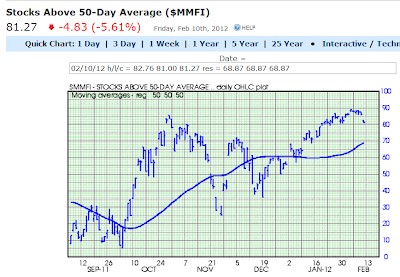 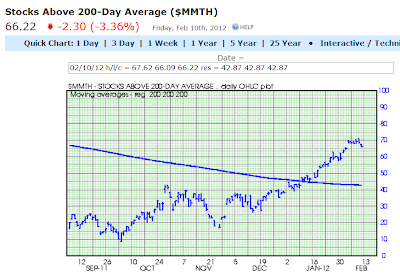 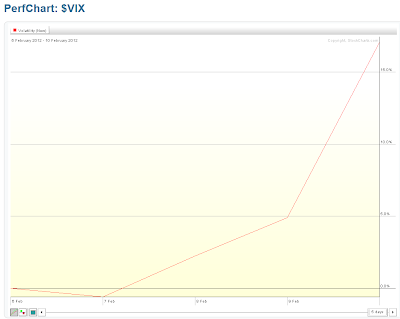 Most Industry Groups lost on the week, except for minor gains in Internet and Biotech, as shown on the graph below. 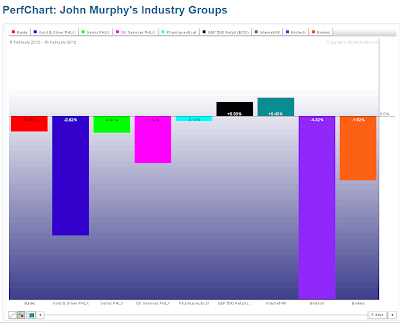 Of the Sector ETFs, Materials lost the most, while Technology gained the most, followed by Consumer Staples, Utilities, and Consumer Discretionary, as shown on the graph below. 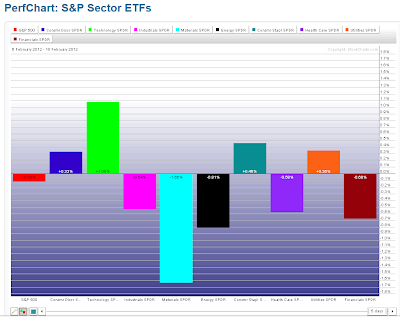 As shown on the graph below of a variety of ETFs, Agricultural Commodities lost the most, followed by Emerging Markets, European Financials, U.S. Financials, and Chinese Financials, while Commodities as a whole remained relatively flat. 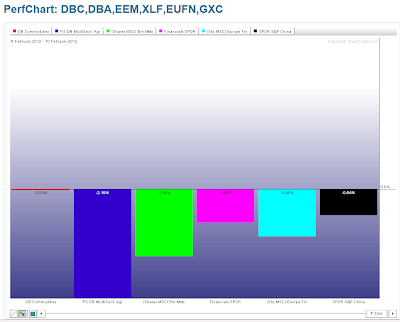 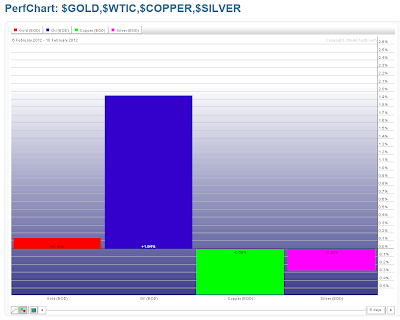 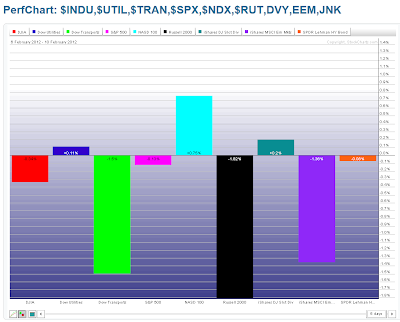 As shown on the currency graph below, the Euro gained the most, and the Aussie $ lost the most, followed by the Canadian $ and the British Pound. The U.S. $ also gained slightly. 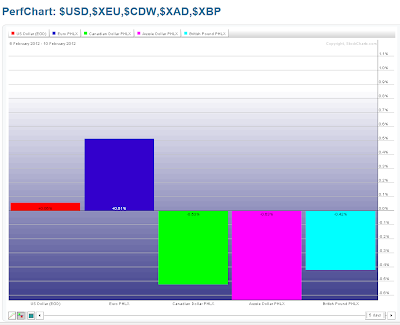 I would generally conclude from these graphs that:

Have a great weekend!